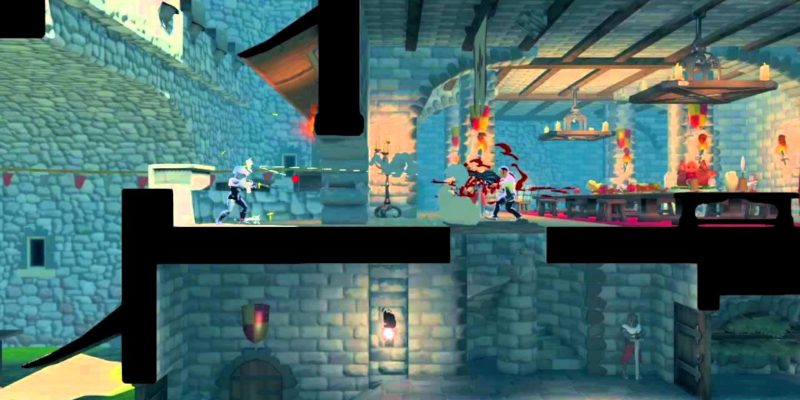 NEW YORK — August 1, 2012 — Paradox Interactive could not be reached for comment this morning, following the conclusion of their epic “Six Devs and Rock ‘n’ Roll” game tour. Presumed to be sprawled on the floor nursing a terrible hangover, the famed publisher refused to say anything to press other than a muttered request for aspirin, but several of Paradox’s roadies were on hand to deliver a post-show wrap-up report. That report is available now in the form of a series of rocking game videos from the event, presenting fans who were unable to attend with the opportunity to check out everything they missed.

Included in the video lineup are rockstars from Paradox’s pool of fresh new talent. These include:

• The Showdown Effect, a 2-D multiplayer run-and-gun arcade combat title, last seen trashing its hotel room by diving headfirst through all of the windows. A new level and environment are featured in its latest video:https://youtu.be/Pb_k9bjGfqM

View the video at https://youtu.be/Pb_k9bjGfqM

• War of the Roses, master of medieval mayhem with massive multiplayer massacres, arrested on twelve counts of grand theft horse. Meet the Rangers in a new trailer: https://youtu.be/FHUwfONmSUg

• A Game of Dwarves, a dwarf-management sim (still in the hospital after predictably drinking to excess). View previously released story trailer:https://youtu.be/ZtLgmfYmNng

An Update to the Microsoft and Sony “Agreements”