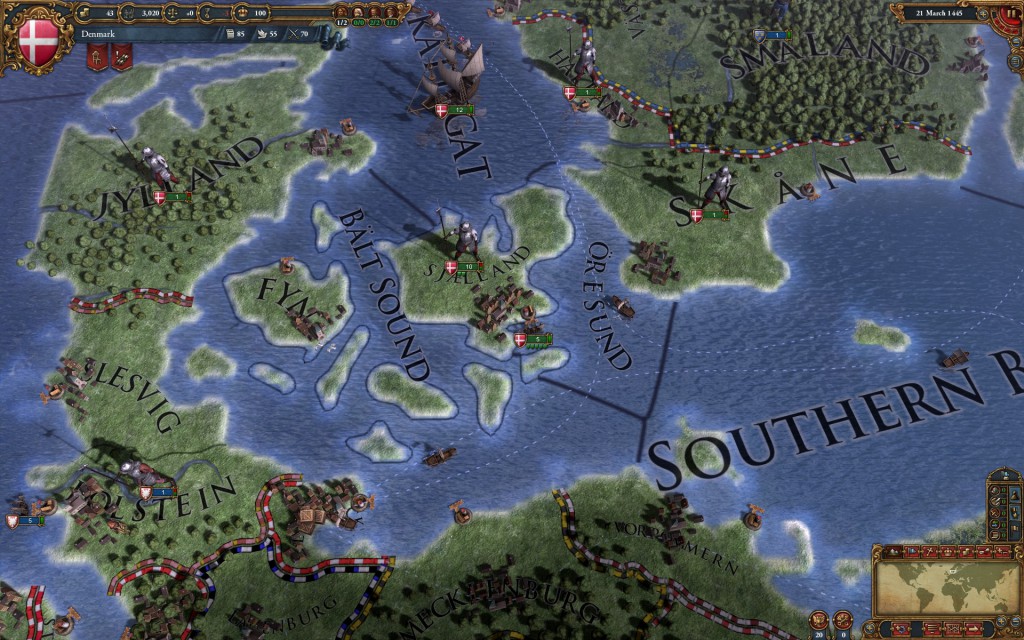 Paradox Interactive revealed today that their ‘Project Truman’ is not, in fact, about a US President (surprise), but is instead Europa Universalis 4. The latest installment of the company’s grand strategy series will make the jump to the engine used for Crusader Kings 2 (as is clear from the supplied screenshots) and offer the usual dizzying array of strategic options for your budding European nation.

Here’s a breakdown of its features:

– Take your own decisions: Nation building is flexible: decide your own form of government, the structure of your society, trade politics and more. The possibilities are endless.
– Use your Monarch Power: Experience the new system of monarch power where your spread of choices is influence by the caliber of the man you have at the top. Do you have a warrior King? Then it is time to make war.
– Experience history coming to life: The great people and personalities of the past are on hand to support you. Thousands of historical events guide you, with unique different flavor depending on the country you play. Have more than a thousand historical leaders and over 4000 historical Monarchs at your disposal.
– The world is now your playground: Players can enjoy over 300 years of gameplay in a lush topographic map in full 3D. Lead any one of more than 250 countries that originally existed during the game’s extensive time span.
– Experience the all new trade system: The trade system adds a new dimension to the great trade empires of the period. Seize control of key ports to expand your trade, support it with your powerful fleet and the wealth of the world will flow to you.
– Bring out your diplomatic skills: Deeper diplomatic gameplay, with coalitions, threats, fleet basing rights and detailed support for rebels. Introducing unilateral opinions, a country may dislike you, but you can be neutral towards them.
– Engage in Multiplayer: Battle against your friends or try co-operative multiplayer mode that allows several players to work together to control a single nation for up to 32 players. Featuring hotjoin, improved chat, new matchmaking server andsupport for a standalone server.
– Create your own history & customize your game: Europa Universalis IV gives you the chance to customize and mod practically anything your heart may desire.

Paradox will show off Europa Universalis 4 at Gamescom next week, so expect a few more details to come out of that event. It’s scheduled for an early 2013 release on (what else) PC.

By Sam Robins16 mins ago
Hardware