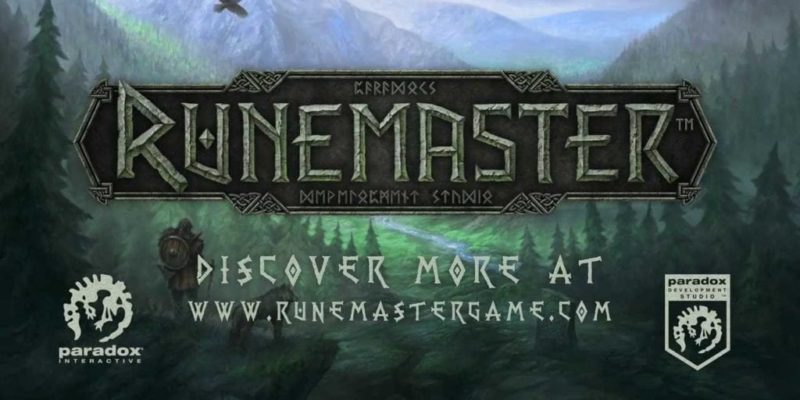 Paradox are currently holding their annual convention in sunny Miami, and while Tom swans around in the heat and we’re stuck here back at HQ, Paradox has announced two new titles.

First up is a new fantasy RPG called Runemaster which is steeped in Norse mythology. With prcedural maps and quests gamers are promised a unique experience each time they play the game. Tasked with adventuring through six mythological Norse worlds there’s troops to command with tactical combat and character development.

“Creating an RPG is something new for Paradox Development Studio, and it’s been a dream project we’ve wanted to undertake for a long time now,” said Johan Andersson, Studio Manager at Paradox Development Studio. “We’re always playing RPGs in our spare time and discovering new things we love about them as a game genre; it was only natural that sooner or later we’d have to design our own. Runemaster is the result, and we know our fans will love it.”

It’s a rather attractive looking title as you can see from the reveal trailer below.

The second game reveal takes us back to the Hearts of Iron franchise with Hearts of Iron IV, their next grand strategy title set in World War II. This is apparently going to be the most “authentic real-time simulation of World War II to date”.

Players will once again be thrust into conflict as authentic historical figures fight for control over sea, air and land. Expect “period-accurate armies, vehicles, and newly discovered weapons of mass destruction”

We’ll be bringing you more news on these two games once Tom get some time to report back in to us here in chilly Blighty. Paradox has also announced a couple of new DLCs for Crusader Kings II and Europa Universalis IV.