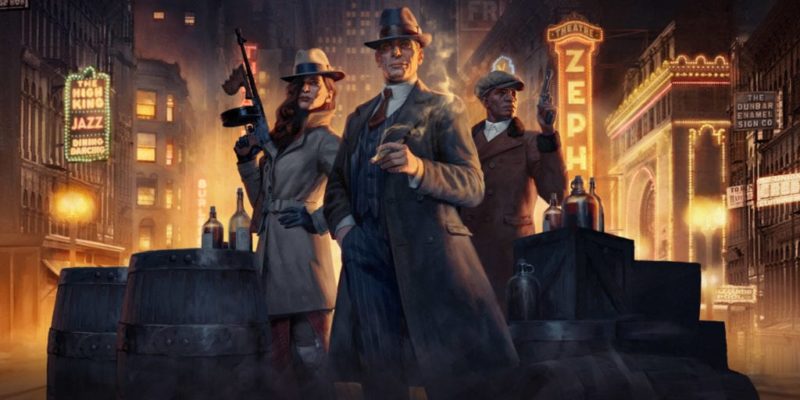 After a surprise appearance at E3 2019, Paradox Interactive has finally unveiled gameplay footage of the upcoming, John Romero-developed strategy title Empire of Sin. Giving us a short overview of the story, this latest trailer hints at the possibilities that this X-COM-inspired RTS will contain.

A dream game for John and his wife Brenda, Empire of Sin is set within 1920s prohibition-era Chicago. While Al Capone will be the main gangster that players can control, there will be multiple factions and mobsters to select from. Brenda came up with the idea and had been trying to make it for over 20 years. Now that she and John are well established in the indie scene, the duo set about creating this title with the express intent of getting Paradox involved.

As you can see in the trailer, battles in Empire of Sin will play out in a fashion similar to X-COM. You’ll control individual units on a grid and move them to cover to avoid taking enemy fire. Your units will have temperaments and traits that can make them an asset or distraction for your tactical plans. As you progress through your campaigns (of which the game moves along similarly to Civilization), you’ll see your characters grow and change with extra experience. It sounds like a real, living world with a lot of thought put into, making the lives of your underlings feel important.

Empire of Sin is currently targetting a Spring 2020 release for PC, PS4, Xbox One, and Switch. From what I saw at E3, the game should end up being a certified hit for the legendary game designer. It draws inspiration from a tumultuous time of American history, adds a dash of emergent gameplay trappings, and features all the violence you’d expect from the name “John Romero.” What more could you ask for?

By Jake Su14 hours ago0
News