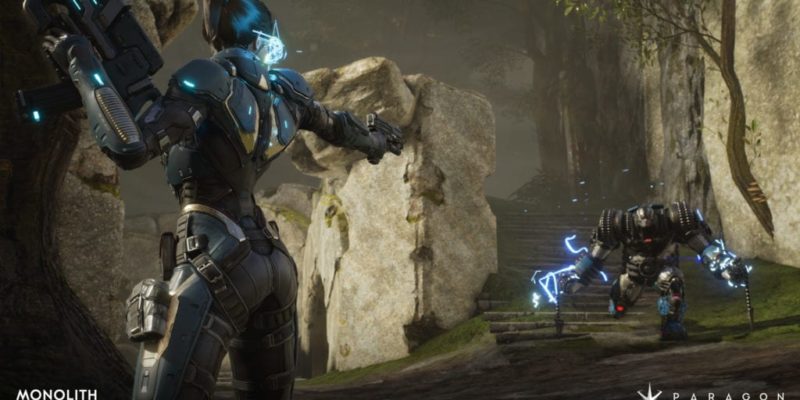 Epic has been teasing Paragon‘s new map Monolith for a month or so now but now the time has come reveal the launch date.

Everything changes in paragon on 6 December when the new map goes live. We’ve covered most of the changes in our previous news posts on this but Epic wanted to point out a few things.

Epic’s comment on movement speed is very interesting. Players have been concerned that the removal of Travel Mode would make the game slower. Not so according to Epic.

“To that end, we’ve turned it up a notch. Maybe, two notches? Notch-ii? Regardless of the specific notches, the first major change is that gameplay is faster. Specifically, we’re talking about faster movement speed, ability and attack execution speed, and overall game lethality. We feel this direction will help Paragon truly achieve the goal we’ve always had: The MOBA that puts you in the action.

“The first part of our action pass involves player move speed. We want players to feel that they can get around the map without Travel Mode, but we also want to ensure that we have one unified speed for the game. To that end, we’ve upped the speed a lot. Once mastered, the new, faster move speeds will prove easier for players to understand in terms of which engagement ranges are safe and which are likely to land them with a free trip back to their Core 🙂 .”

Now this is a change we are excited to experience.

Next up is damage, armor, health, and mana. The way in which these work has been overhauled. With that in mind, when the update lands Epic won’t detail hero changes because everything will be totally different to the old game.

The key things to take away from this is that Primary attacks deal basic damage and “activatable power will now deal ‘Ability’ damage”. The concept of physical and energy damage has also been removed and players now equip cards with “a unified Power”.

Cool Down Reduction will be a thing of the past, Epic has removed this stat and say that they have now “dramatically reduced most of the cooldowns in the game”.

“Mana has long been a devalued attribute in Paragon, but that is going to change with Monolith. Part of the work around reducing most of the cooldowns is finding other ways to balance abilities. Some abilities with faster cooldowns will now be gated more by mana usage than time. This means it will be up to you to decide how to approach ability usage – buy mana for more activations, or spend your points on fewer, more effective activations.”

The Shadow pads, or pools, depending on what you called them, have been removed in Monolith. To achieve a similar line of sight breaking effect, Epic has added what they call Fog Walls which are quite literally walls of fog to obscure sight. Epic says that this makes leaving and entering the jungle “a surprising event”. 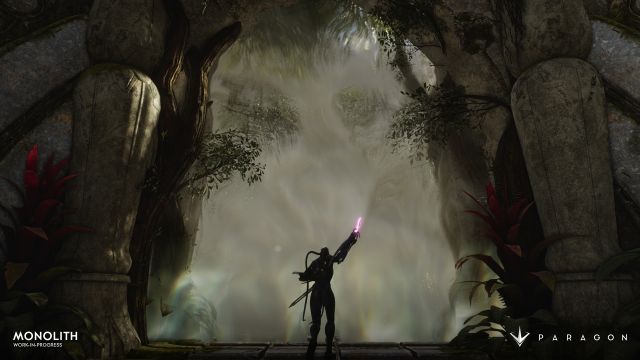 Epic appears to have completely reworked the game, it’s a little more far-reaching than we anticipated but we’re chomping at the bit to jump in. Thankfully we will have that chance before launch and we’ll reporting back with our findings before it launches.

Check the full update on the Paragon site.