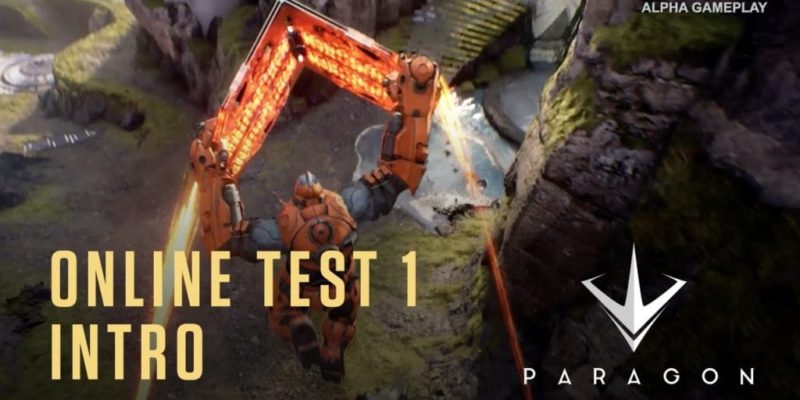 A few people have been accepted in Paragon’s alpha testing, and Epic have released a concurrent video offering a selection of tutorial tips.

This is primarily intended for people who actually have access to the game, but since it contains quite a bit more gameplay (as well as an overview of some basics), it serves pretty well as a standard advert/trailer as well.

In it, Epic’s narrators explain that Paragon is still in a fairly early stage, so a lot of the graphics and UI and so on are not final. This is particularly clear during the segment about ‘card’ boosts, where none of the cards are actually finished.

Placeholder stuff aside, a lot of the other aspects are (as you’d imagine) looking pretty MOBA-ey. There’s a recall-to-base function for if your character is especially low on health, creeps, a ‘travel mode’ (running faster, basically), and mid-match levelling up of a small selection of skills for each hero.

Have a look at all of that, below. Paragon should be having a beta session early next year, with a full release to follow later in 2016.