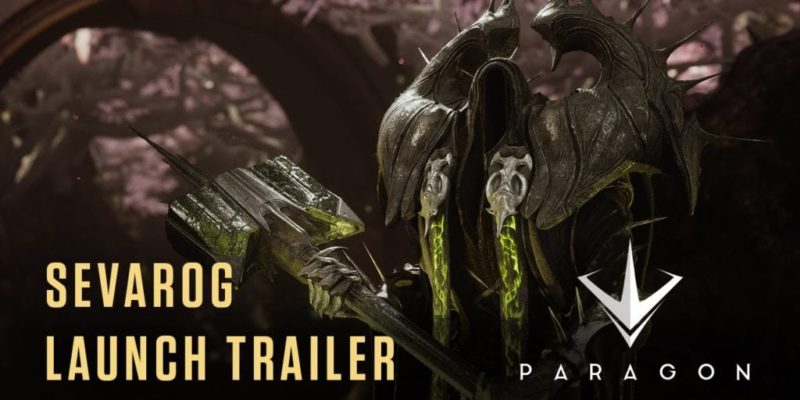 Epic’s MOBA Paragon is coming along nicely and there’s now another new Hero to run around the map.

The new jungler is called Sevarog is described as a soul-devouring tank and comes with a giant hammer. He eats souls which allows him to stack health and gains damage boosts as the game progresses. A powerful hero for the end-game.

With Sevarog now joining the action, Epic has carried out a balance pass and thankfully they have pulled Grux and Feng Mao into line. These two were far too powerful. Their damage and scaling in the late game has been decreased but their early game damage has been given a slight boost to even things out.

There’s no doubt more balancing needs to be done. Having played this a lot in the past week with Gadget, it’s been hard to compete with characters such as Grux in the end-game. Epic will be looking at balancing other characters in the next pass along with movement speed and further look at the game’s speedy travel mode.

Below is the new trailer for Sevarog and the latest patch notes.

Passive – Only the Strong Survive

Players could consistently gain 1000 or more health from his passive. This has been reduced, but should still favor early-to-mid game.

Players routinely got 120 Physical Damage, which is equivalent to 15-16 card points of physical damage. This has been reduced.

We saw large swings in power from Feng Mao’s passive. We reduced the impact of each stack to make his power a bit more predictable.