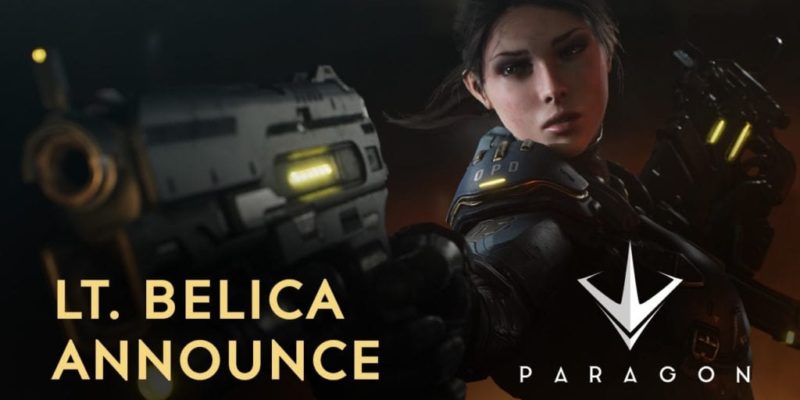 Paul is very much the Paragon man here at PC Invasion, but since he’s away today you’ll have to put up with me trying to cover this new character reveal. As teased yesterday, Paragon is indeed getting a new hero: Lt. Belica.

She’ll be added on 13 September, and is said to be a ‘Burst Caster’. According to the Paragon site itself, her intended specialty is “zoning enemy heroes and mana control“. To that end, she has a ‘Void Bomb’ ability that enables her to “burst damage in an area after a short delay and restores mana for each enemy hit”. Belica will also be deploying ‘Seismic Assault’ which gives “a line skillshot that deals damage and knocks up enemies”.


‘Void Drone’ meanwhile “drains mana per second from enemy Heroes standing in the area of effect, as well as zapping them for damage when they cast an ability“. Finally, her Ultimate is ‘Neural Disruptor‘. That allows her to “capitalize on low enemy mana by dealing a damage nuke based on their missing mana”.