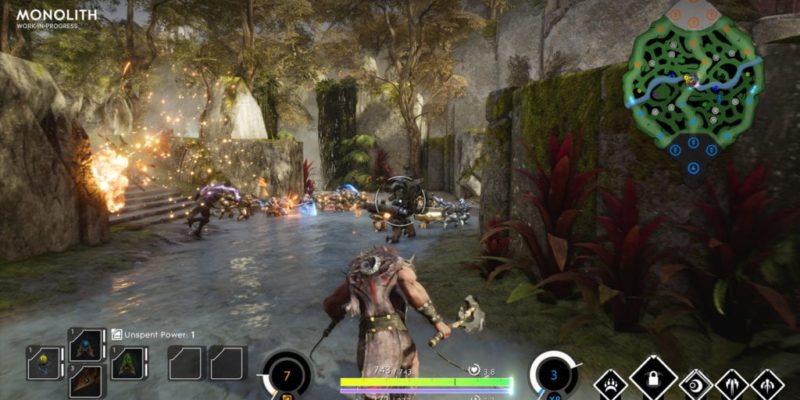 The jungle in Paragon can really boost experience and card point acquisition, it can also be extremely frustrating as players continually roam around it while towers fall. Hopefully the new Monolith map will improve things somewhat. 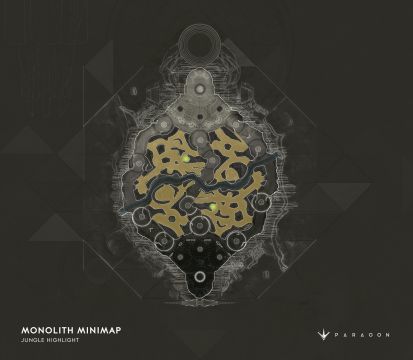 The new Monolith map is split into what Epic all the strong and weak side. The strong side includes a new jungle buff and on the weak side there’s less access to minions which makes it harder to level. An interesting addition is a jump pad which will allow players to jump from the weak to the strong side quickly, a mechanic that is not in the current Paragon Legacy map.

Minions still play an important part in the jungle, only now spawning and respawning has been reworked. White minions camps will now be reinforced with additional minions starting with two and reaching a cap of five as a game progresses. Epic’s advice is to keep attacking camps and don’t let them max out to the cap so maximum experience is gained.

The buff camps will remain similar to how they are now, they will not reinforce but will respawn as normal. 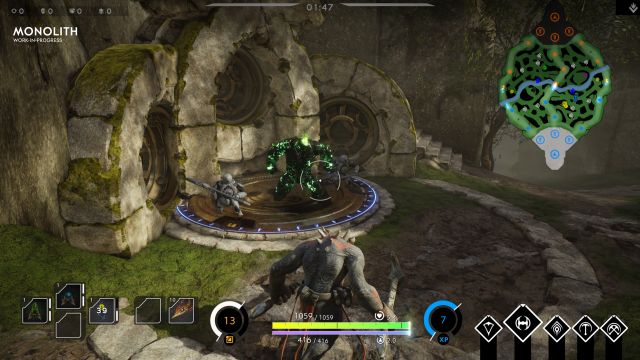 The new jungle buff on the strong side of the Monolith map will grant its owner a damage shield, and evert time the carrier is ‘stuck’, the buff applies ‘some damage’ to the attackers. When the shield is depleted it explodes appying damage to neqarby enemies. Epic recommend you have this when tower diving and ganking other players.

Harvesters are the current method of collecting the amber resource which levels up card points. They are now being replaced by a new system called Amber Link. 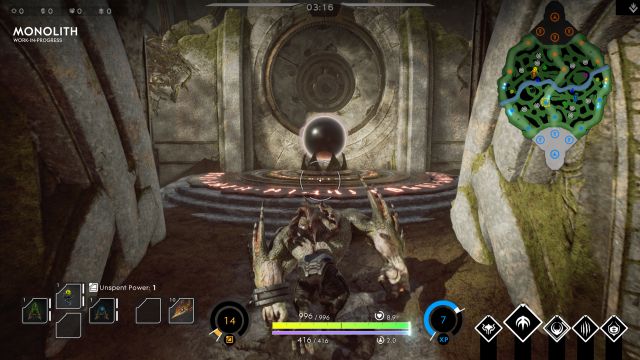 When a match starts, the Link is already active and does not need to be placed as is the case currently. Over time the Link fills with card power, and as the power stacks up, it is automatically distributed to the team at regular intervals.

The Amber Link will also gain additional card power when a nearby jungle minion is killed by a teammate. The link can also not be destroyed like the current Harvesters but enemy players can steal from it reducing the amount of stored card power. Junglers will need to make sure the Link is protected so the team can keep gaining max card power throughout the match.

These changes are major and will fundamentally change Paragon. There’s some interesting times ahead for the game and we’ll be taking a look at the new Monolith map later this month.

Dishonored 2 getting New Game + and custom difficulty levels next month