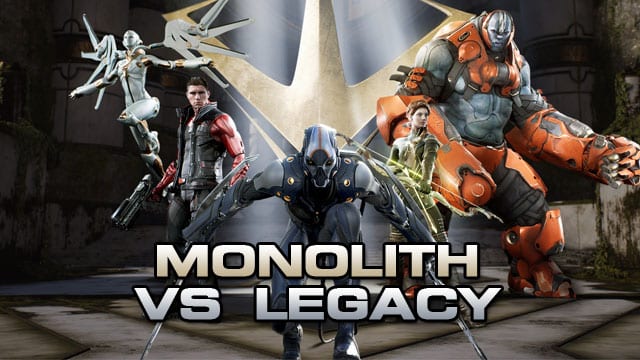 Last week Epic released the Monolith update for their MOBA Paragon, and the changes appear to be having a positive effect on the game and the community as a whole.

Like most players who have been playing for the past six months or so, I’ve had to adjust to the new Monolith map and gameplay changes. Just prior to Monolith going live, I jumped in for one final game on the Legacy map following a few days of having early access to Monolith.

What I noticed was just how dull the Legacy map felt. The pace was slower and the whole experience was just a lot less engaging, which was odd because, up until Monolith’s release, I was fairly satisfied with it.

If there’s one thing you notice as a member of the media it’s how games communities react to change, and, simply put, they tend to hate it. It could be an unambiguous change for the better, but there will always be an element that say the changes are terrible.

The launch of Monolith follows this pattern and for a few days there were the usual posts slating the changes and comments of, “thanks Epic you ruined a great game”. The fact is they haven’t ruined it, they have made it much, much better.

The first stat we have is ‘daily active users’, which have increased 34% in the week after Monolith’s launch. This stat is great to see but also to be expected as players come back to see what Epic has done to the game.

The ‘weekly average users’ have also increased by 44%, but that’s probably also expected as more people login to check the changes.

While these two stats are interesting, they tell us little about how the changes have affected the game itself in a positive way. Fortunately, there are more numbers available.

Surrendering in Paragon was a real problem. Less so in the past couple of months, but it was still an issue. Since the Monolith launch, the surrender rate has now decreased by a sizable 38.77%. This shows that the matches are a little more balanced thanks to the map changes. Players feel they have a chance to make a comeback.

There was a concern before release that new players may find Monolith a little harder to grasp and abandon it, but that doesn’t appear to be the case. New players are now spending 43.93% more time playing compared to Legacy. There could be another reason for this too. Perhaps more MOBA players now actually want to try it and are sticking with it for longer.

As for the die-hards, they have spent 12.86% more time playing, which indicates that the new map and mechanics are more engaging to the existing audience.

With more players now coming on board, competitiveness might be increasing too. The number of PvP games have increased by 33.29%. It’s not a surprise, however, because bot matches only teach players the basics. To really understand the game and teamplay, PvP is essential.

For months, Epic has been mentioning that the game lengths on the Legacy map were too long. Some games ran into well over an hour, but the average time was 39.6 minutes. On Monolith, that has been reduced to 36.5 minutes: a decrease of 7%. That said, I did play a Monolith game this week that ran for 1 hour 20 minutes. It was a right battle but both teams were getting rather bored. That game would fall into the 99th percentile, which on Legacy was 70.3 minutes and now, on Monolith, is 60.3 minutes (a decrease of 14.22%).

A week on from Monolith’s launch and the numbers are indicating that the changes were exactly what Paragon needed. Sure, the balancing may still be a little off on the heroes, but Epic were quite brave to make such massive changes during an open beta. It’s no longer the same game it was six months ago and I for one am thankful for that.