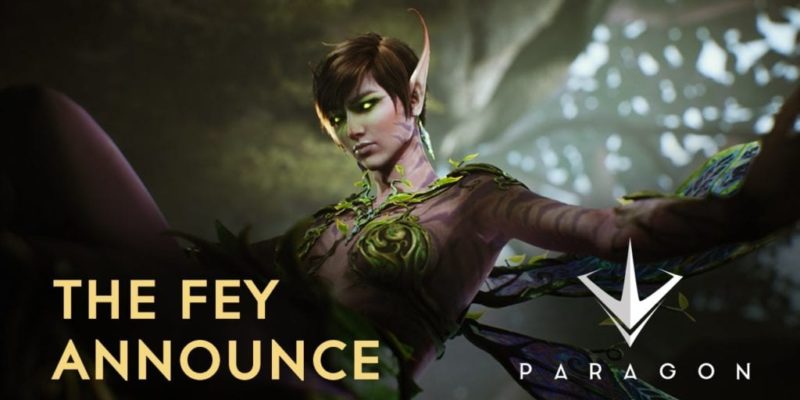 There’s been speculation all week about the new Paragon her and today she has finally been revealed.

From the datamined files it was thought her name would be Venus but it appears that was one of the internal names Epic has been using. The new hero is in fact called The Fey.

What was correct is that she is a nature based character, a kind of badass fairy with some nasty looking rooting abilities. This is also the first trailer where the character has been given a voice which is great to see.

Drawing from nature’s power, The Fey is a Support Caster who specializes in crowd control and can harass Heroes in her lane. Her Untamed Growth ability throws out a explosive plant that does AOE damage over time. Her Bramble Patch creates a line of thorny brambles that can slow multiple Heroes. Harvest Nettles refunds mana on successful hit while her Ultimate, Fly Trap, summons a gargantuan plant that drags you in and applies serious damage.

Fey will be joining the action on 2 August.