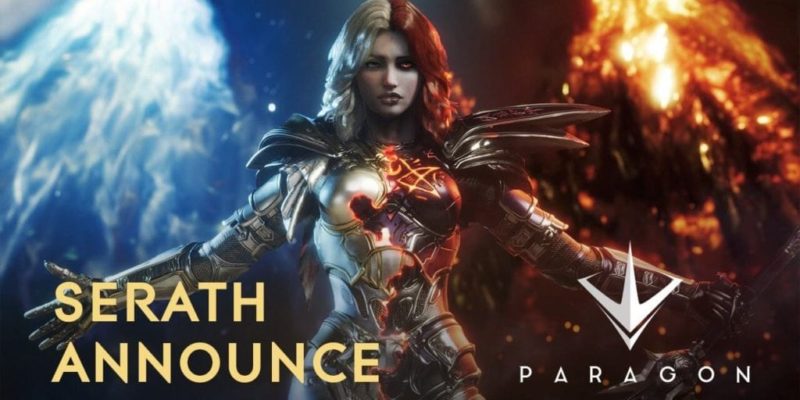 It’s been a while since a new hero launched in Paragon due to the Monolith update but new hero Serath arrives next week.

Serath is a new “carry” based and will utilise Order and Corruption cards in her deck. She’s a combo of melee and ranged with the following skills.

Serath attacks an enemy dealing damage and applying a slow. This attack also cleaves other nearby enemies.

Serath hovers in place and hits each target in an area with a ghostly slash. Each slash deals damage one target at a time, with a delay between each attack. Serath is immune to damage and crowd control during this ability.

Rise into the air and then rapidly dive back down, traveling and dealing damage to a targeted area.

Serath lets her dark side take over and her abilities now apply a burn effect which creates a weakness aura around affected enemies. Enemies who are burning also take additional damage from Serath’s basic attacks.

Serath will be joining the fight on 10 January and we recommend you check her out next week as it’s free to play. We’re loving Paragon so far, the Monolith update has been a real step-up for the game.