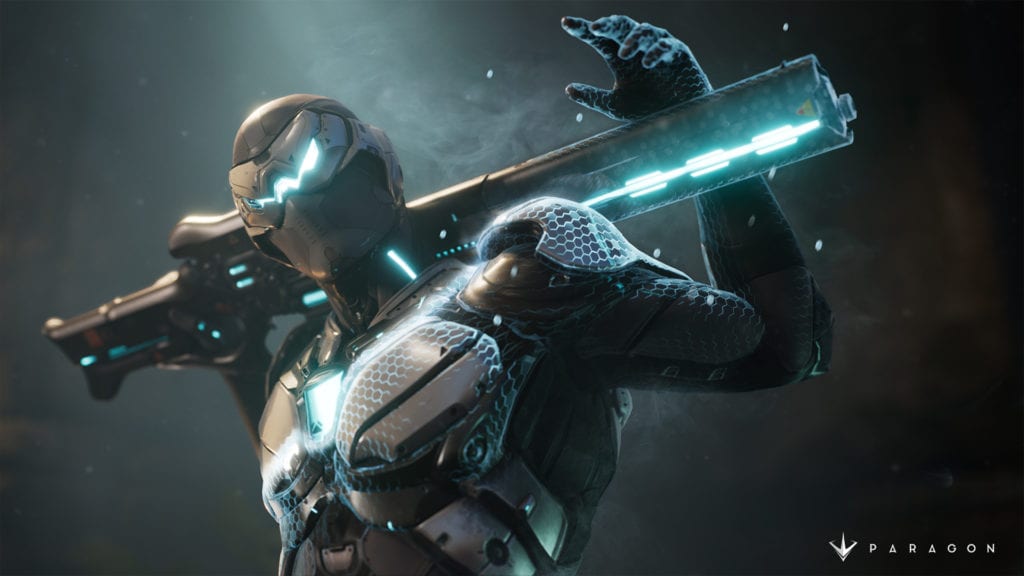 Next week Paragon’s new hero joins the fight and he’s a new ranged hero called Wraith (Intellect, Order). He looks similar to Kallari and there’s a reason for that, both are graduates of the special operations program Echelon. In fact, Wraith was an apprentice to Kallari.

Unlike Kallari who is an assassination specialist, Wraith specialises in surveillance. He’s a recon specialist with high-tech tools to gather intel on his targets and then outmaneuver them. Looking at his skill kit, he’s going to be hard to handle.

Wraith lands on the live servers next Tuesday 27 June and we’ll be taking a look at him then in our regular PC Invasion Plays Paragon session. Wraith’s skills are as follows.