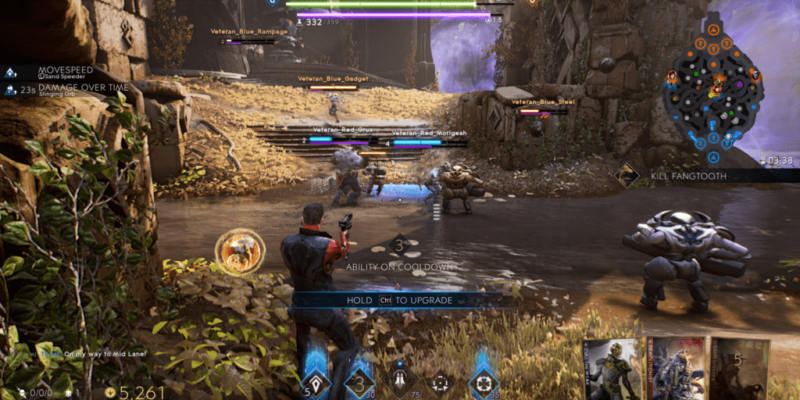 Epic is continuing to polish their MOBA Paragon and the latest update reveals a new look UI for the game.

Just about everything has changed on the UI including positioning of vital in-game information and a refresh of the UI’s art. A new addition at the top of the screen is the Team Frames showing the status of the allies and enemies. More prominent alerts have been added should a player try and activate a skill still on cooldown or low on mana. Buffs indicators have been shifted to the top left of the screen and text will now indicate on heroes and allies when a buff is in effect.

There will also be HUD customisation and the upcoming .44 patch will introduce this in a basic form. Old HUD behaviours can also be restored in the options.

Epic is not yet done with the HUD, future plans include here specific UIs, context-sensitive pings, incapacitate Alerts, card states (stacks), quest progress notifications, advanced stats, and target frame. All these are going to be rolled out over the next few weeks.

The HUD in Paragon has never been a real problem but having more information about buff effects will help players understand what’s actually happening to them or an enemy in combat. These changes should be welcomed by most seasoned players, especially the ability to customise the HUD.