It’s new hero week for Paragon with the release of the drumming Orc Narbash and there’s a few game changes too.

This week there’s a couple of important changes. Thankfully Epic has finally made it so AFK players don’t have to be counted in a surrender vote, this was a frustration.

Towers have also been changed, the resistances on the Tier 1 towers and  the health on Tier 2 towers has been reduced to shorten the match length. We’ll have to see how this affects the game but it could be interesting.

There’s also a new skin for Narbash who is looking ginger. 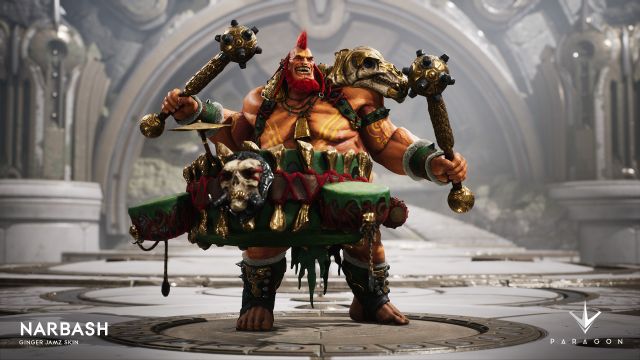 There are still issues Epic needs to address, the matchmaking is still atrocious. After a losing spell of seven games yesterday due to the fact I was being matched with players who were Level 2, and were literally playing their second game, I was losing my sh*it and had to stop playing. I don’t rage quit games but Paragon can really push my buttons at times 🙂

Anyway here’s your notes and we’ll be bringing you one of out new hero videos shortly taking a look at Narbash.