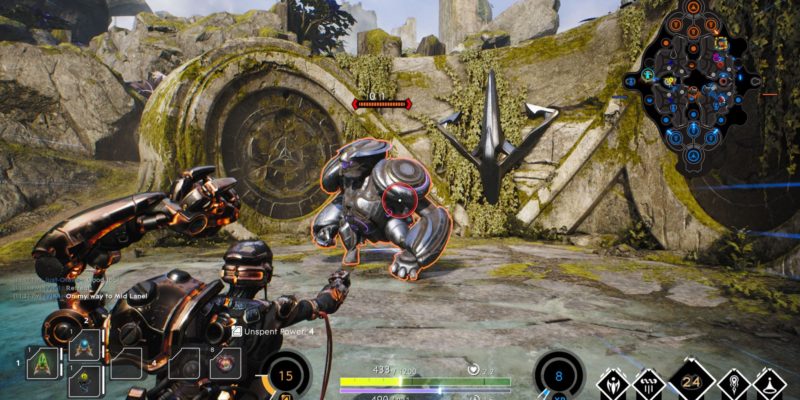 Last week, Epic unleashed the v.32 update for Paragon which tweaked the game in more ways than one. The big news was the reduction in the Travel Mode speed, which is the first step in removing it all together.

We’ll tackle that one quickly. While the reduction is not huge, the change is notable and really does effect how the game plays. Previously, heroes could move between lanes quite easily. There was a real chance you could save a tower by keeping an eye on the mini-map. With this change, the speed has been reduced enough to make it more difficult.

The speed reduction encourages players to stay in lane. Move out of lane and you leave it open to the enemy, so moving to attack other heroes or defend a tower in another lane is a lot more hazardous. The problem we have seen is that players are still jungling as much as before and ignoring the lanes. With three melee characters on a team constantly jungling that leaves at least one lane undefended.  This is happening much to the frustration of other team members. Some players are catching on but it’s still a problem. The balance is simply not right at the moment.

Will Epic actually remove travel mode from Paragon? Yes, they will, and that’s what I fear most. To make sure we know it’s coming they have reiterated this fact.

“I’m glad it sounds like you’ve been enjoying gameplay post TM speed reduction! This is all in preparation for TM’s inevitable removal and we will have some more information soon regarding an update to the game.”

Well, I have not been enjoying the TM speed reduction but I have to live with it. I’m not a fan of the removal of Travel Mode. Even with the slight reduction the game feels more pedestrian. At least now I can read a website on my other monitors while I trundle down the lane to get to the action. But I doubt that was what Epic was aiming for.

The most frustrating change in this update is with the Orb Prime. In the previous patch version you had to take the Orb to a designated point to either restore inhibitors or activate the Orb Prime cards on each hero.

Let me restore the inhibitors please!

Now all you need to do is attack the Guardian and the buff is immediately applied to all heroes in the team. With no “dunking” of the orb at the designated zones inhibitors cannot be restored, so once they are gone that’s it.

What is currently happening is that the first team to kill the Orb Prime Guardian at a key moment is more likely win the match. It can turn into a race to get that Guardian killed and gain the Orb power. All strategy surrounding the acquisition of the Orb prime to make a comeback is completely gone.

There is probably some logic to this change, because once Travel Modes is removed, trying to get an orb to the drop point would be too slow. Therefore this Orb change could be in preparation for the removal of Travel Mode.

I understand that Epic want to reduce Paragon game times, and although this has happened, it’s not by too much and it comes at the expense of fun-factor and satisfaction. With two fairly balanced teams, match lengths can still run to 50 minutes plus, indicating that Epic’s experiments in this patch are proving ineffective.

Match length is an issue for Epic. Games running over the hour in previous updates was frustrating, but the last patch just about had it right with games coming in at around 40-50 minutes. It’s not a huge time investment for the amount of entertainment the game can give you. 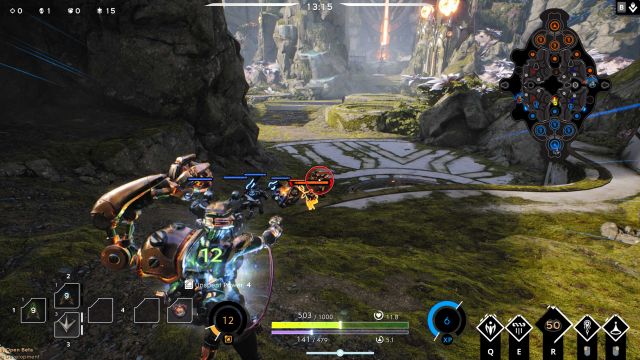 Sticking to a lane is more important than ever to keep the minions advancing. Perhaps too important.

Epic has just stated that they are changing the map, Agora will become smaller to accommodate the removal of Travel Mode and push towards their goal of 31.5 minute matches. While this will work, I have a feeling this will be at the expense of strategic gameplay. We shall see how this plays out in the weeks ahead when the new map, which has been in closed testing since August, makes an appearance.

In the drive to reduce match times to this magic 31.5 minute number, Epic are breaking so much of what makes Paragon a compelling game.

Changes to the towers in v.32 means they can be taken down a lot quicker now. With the two changes to the Orb and Travel Mode in this update, the game feels like it’s taken another step backwards. I still maintain that movement through the jungle and between lanes is one of the more exciting aspects of the Paragon gameplay, but the game has become more pedestrian with this update.

I do fear for Paragon. I have mentioned in numerous previous articles that Epic have something quite special here, and trying to force it into the traditional MOBA mode will take away it’s uniqueness. Even with cross-platform play, Paragon is working well, and with more communication options and a player base that’s improving in skill level every week, it was getting there.

The v.32 update is definitely a step in the wrong direction and although there were issues in the v.27 patch, of which I was not a massive fan, they seemed less damaging to the overall gameplay. I got used to them and adjusted. With v.32 that will likely happen too, but it’s not making me scratch that daily Paragon itch. Games are now a lot less satisfying whether you win or lose. Assuming your team did lose in the previous patch, if the teams were balanced, there was even satisfaction in a loss.

Paragon is still very much in beta mode and Epic are not rushing this out the door, so there’s plenty of time for changes. The return of the Orb Prime mechanics would be a wise move but we’ll have to see in the next week or so how this plays out. Epic has access to all the stats and numbers and will hopefully make changes to improve on v.32 and not take another step back.

If Epic continues to move in the direction they are going then it could be the end of Paragon for me, and that’s something I don’t want to see happen because I have been thoroughly enjoying it up until v.32. Tp put some of this in context and to read Epic’s thoughts on the changes, check this blog post.

Right now, the game is about as much fun as smacking yourself in the face with a bag of spanners.

Resident Evil 7 VR will be Playstation exclusive for a year

By Steve Clist7 days ago
Features