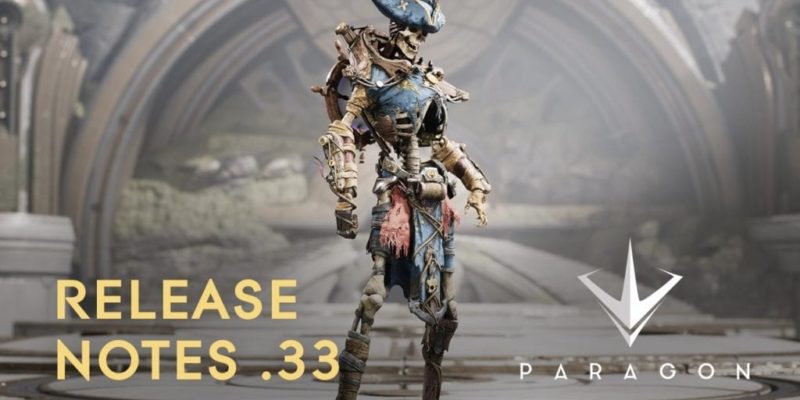 The Paragon v.33 update will be going live in the next few hours or so and Epic has finally added a proper tutorial mode.

One of the huge gripes with Paragon is the inability of some players to get to grips with the game and a tutorial was needed, and should probably have been added some time ago. We’ve not seen the tutorial mode yet but with any luck it will teach players how to play. We’ll take a look at it later once it’s live.

The patch also comes with new skins for Gideon, Khaimera and Fey, and a Riktor jump rope emote. All cosmetic stuff so nothing too important.

There are a number of fixes for Agora, AI and audio and a new weekly card pack. The store comes with new audio and there are numerous UI changes. Here’s the full release notes.