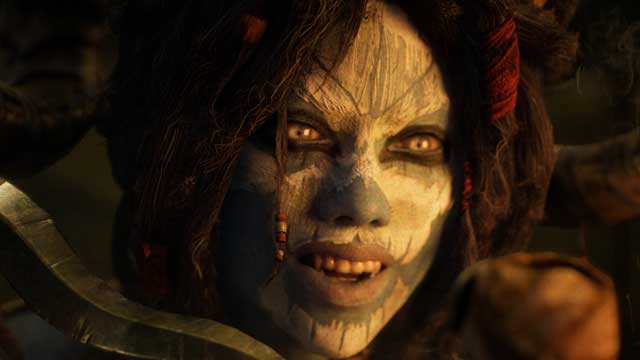 Praise be to Epic! Morigesh has been nerfed in the latest Paragon patch which is now live.

Paragon V.39.1 is available now and it thankfully comes with some changes to the moist recent hero MOriogesh who has been ridiculously dominating games for the past week. I have been weeping over my keyboard a few times this week following many, many deaths by her Ultimate.

This update also brings a few new UI changes to the game including the home screen. New rewards have also been added in the form of Star Chests which are a new type of currency used to track daily Paragon progress. These are earned by playing matches or completing the new Daily Quests. When you earn stars they go into your Star Chest which starts as a free Bronze Chest. The more stars you add to the chest over a period of time the higher the grade the chest becomes. These Chests are reset every few days so you need to keep playing to improve the chest quality.

Our recent changes to Prime Guardian and the Raptor camps were targeted at providing more meaningful objectives to contest in the middle and later stages of the match. The initial changes released in v.39.0 were created after analyzing games, where we found that far less of these camps were being taken than we initially hoped.

The changes were not aimed at impacting the early laning phase or match times, so we’re changing the initial spawn time:

Descent-alike Overload has a new updated free to play version

By A.K Rahming10 hours ago0
News