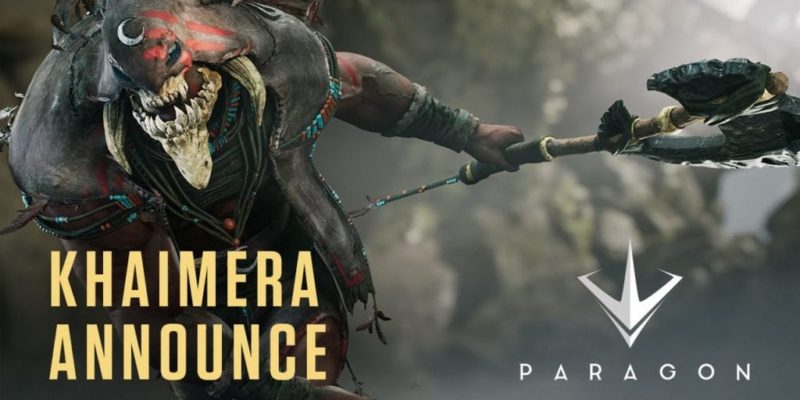 Paragon v27.1 has just gone live on the servers this afternoon and this update adds the new hero Khaimera.

The Paragon community is quite split at the moment as not everyone was impressed with the changes in the v27 update and this patch doesn’t change anything as far as the gameplay is concerned. If you were one of the players who hasn’t been enjoying the changes then this patch won’t help with that. Epic will probably take some time to analyse the data from v27 before there are any more major changes.

However, Khaimera joins the battle as a duelist and fans of ganking are probably going to enjoy this guy with “massive” attack speed with his Unleash skill, heath regen on the basic attack, and his ultimate Cull which roots a target and knocks other enemies back.

Epic’s Hero Race for Khaimera  is also now up and running and there are a few changes on how it will work because of the new draft mode. You can read about that on this page.

We’ll be taking a look at the new hero later today in our regular video update. For now, here are the patch notes.