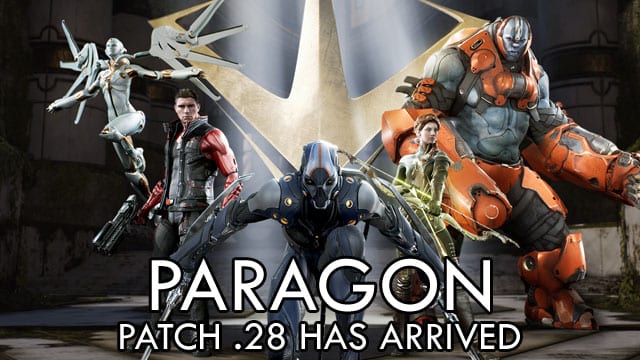 Epic has just released the v28 update for Paragon and this patch introduces a whole host of changes which should hopefully improve the game.

We’ve yet to try the update but this is another big one. Inhibitors will now respawn when the Orb Prime is returned to your own capture point, Travel Mode has now been replaced with what Epic call Auto Sprint which gives faster movement when out of combat for five seconds. How that will change the gameplay remains to be seen. The removal of Travel Mode has been a contentious issue but this new system could be a good middle ground.

Man and health regen has been reduced and there’s also a UI overhaul and Epic has now added a fully revamped rewards system with weekly quests to earn more loot such as skins and cards.

We’ll be trying these Paragon changes out later today, and if you read our article this week looking at some of the recent changes, v28 could well be that step in the right direction we have been looking for.We’ll report back with our findings soon. This will be interesting.

*These rewards are all in addition to the Card Packs, Reputation, and other rewards you would previously receive.

The Assembly comes to Rift and Vive in July