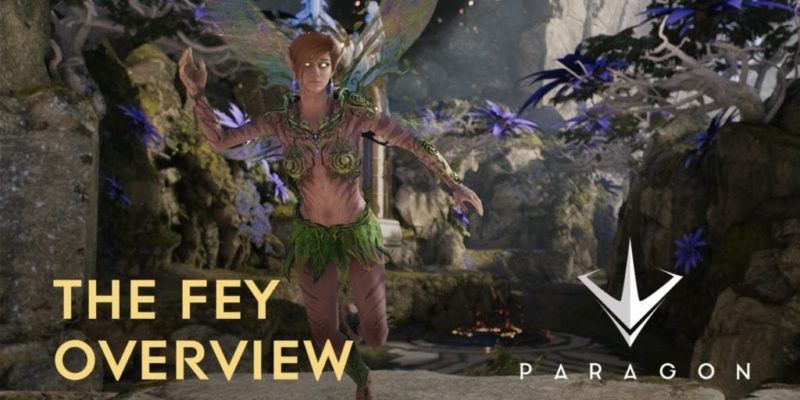 Paragon has just been updated to v29.1 which brings the new Support Caster (Energy Damage; Growth, Intellect) The Fey.

The Fey utilises the forces of nature in battle and she looks quite handy.

Her Untamed Growth ability throws out a explosive plant that does AOE damage over time. Her Bramble Patch creates a line of thorny brambles that can slow multiple Heroes. Harvest Nettles refunds mana on successful hit while her Ultimate, Fly Trap, summons a gargantuan plant that drags you in and applies serious damage.

We’ll be taking a look at her later today in our regular Paragon hero videos and some of you have requested we do it in a live match so we’ll give it a shot this week. Here’s the notes and The Fey trailer.