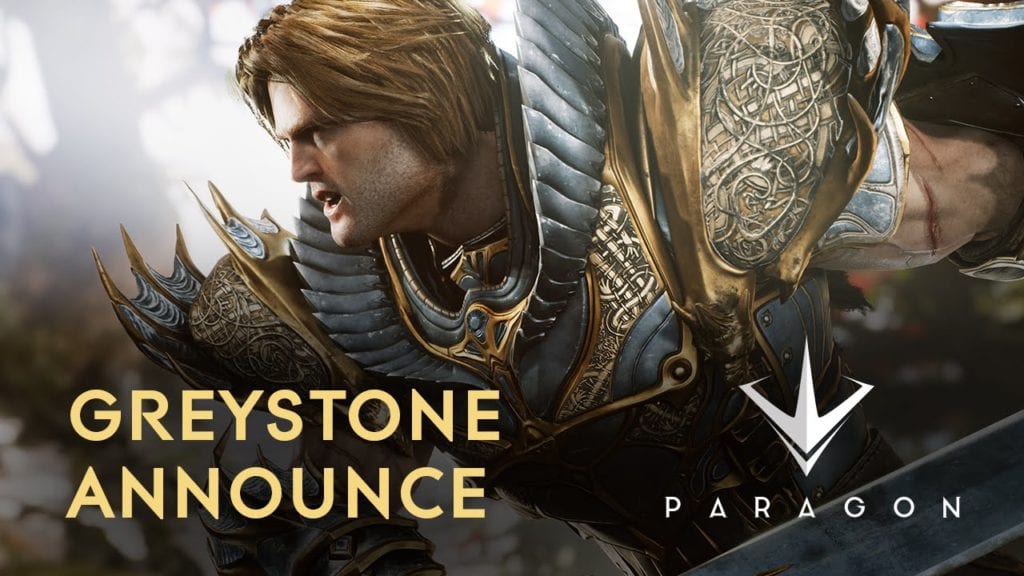 Paragon‘s new hero is called Greystone which has been known for a couple of weeks following some crafty datamining. Today Epic officially announced the new hero.

Described as “noble fighter”, he’s an armoured knight equipped with a shield and sword. He comes with “Assault Gates” to close down enemy heroes and “Make Way” to dish out AOE damage. He can also turn to stone as an escape and can respawn with his ultimate called “Reforged” which brings him back with full mana and a portion of health while also dealing damage to surrounding enemies.

How Greystone will perform against the other heroes remains to be seen, the game is in a strange place right now as Epic continue struggle with balancing on casters. There’s also the much debated travel mode (now called auto sprint) which Epic say they are going to remove. Once they remove the ability to move around the map at a quicker pace, it could be the end of the game for many players, it is an important feature that helps Paragon stand out in a crowded MOBA market.

Greystone joins the action on 12 July and the open beta kicks off in August so there’s still time for Epic to sort the game out.