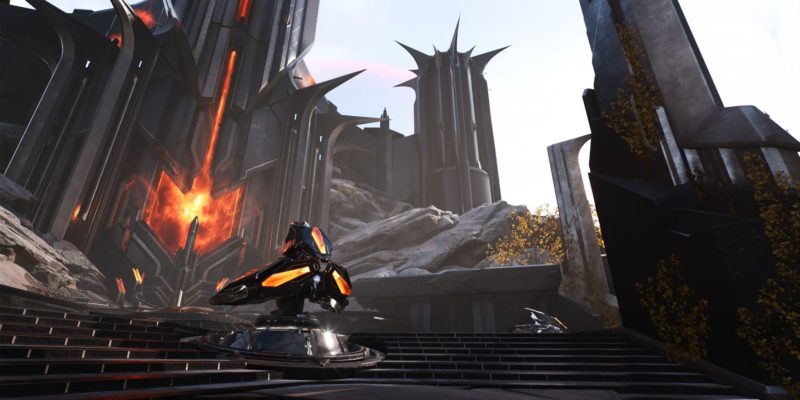 Epic has talked about the update the Monolith map for Paragon for quite a while and it’s finally being released on Thursday 21 September.

The Paragon Monolith map has been given a gorgeous makeover with some fantastic new visuals that bring the environments to life all over Monolith. There are also numerous changes to the game and heroes in this .43 update. The biggest change to the map this week is the removal of the Amber Link ball in the jungle. That has been completely removed with the Green jungle buff now taking centre stage and an additional white minion camp being added to replace the link. Probably a good move, so many players just ignore attacking hre ball for some reason.

Heroes that are seeing major changes this week include Aurora, Kwang, Steel, and The Fey. However, every hero has had a change of some sort so read the patch notes for all the details.

There is a new gameplay addition of autorun to allow players to check their stats, builds and also coordinate with the team. This is bound to NumLock on the PC and is deactivated when there is movement or ability input from the player.

The hero celebrations are also coming back at the end of matches, and although not ready yet, they have started to add it with a new core explosion.

Epic is really starting to nail the core of Paragon‘s gameplay. Hopefully they will move onto the matchmaking sooner rather than later because that is the one thing that is letting the game down.

Read on for the patch notes.