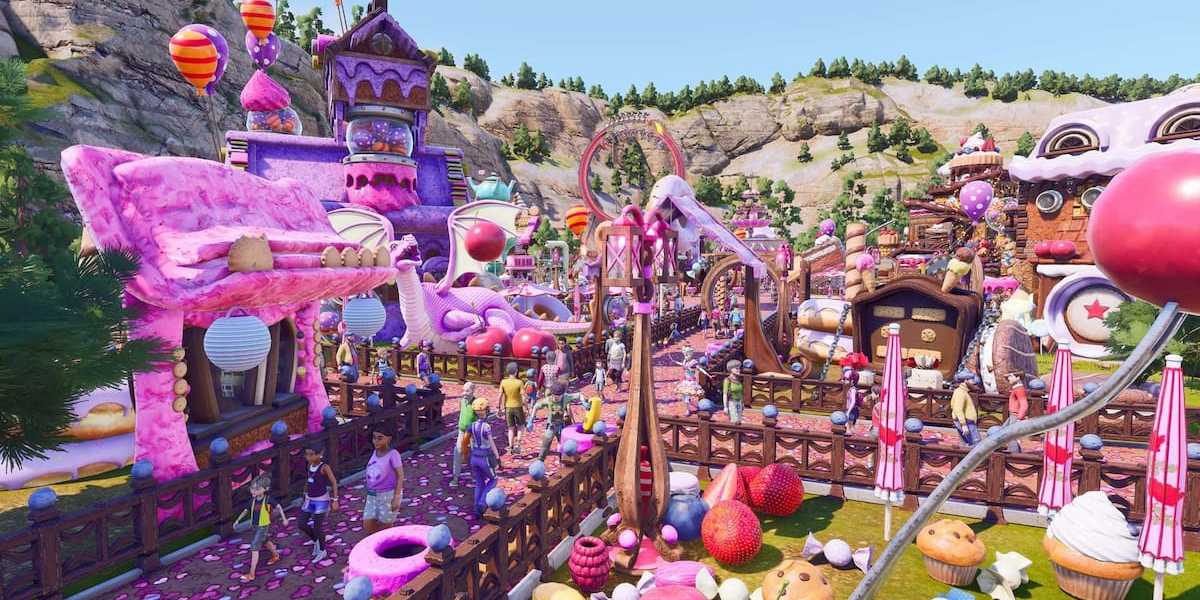 Up until this point, the trailers for Bandai Namco’s park management sim Park Beyond have exuded nothing but positive and bubbly vibes. They all try to emphasize the sheer sense of wonder associated with creating rides and attractions beyond our wildest dreams. Just today, however, a newly uploaded trailer shows that the world of Park Beyond is not all sunshine and rainbows. This trailer introduces players to Giles Hemlock, a comically ruthless businessman who will serve as your main rival in Park Beyond. If players wish to create their dream park, then they will have to learn how to contend with Giles’ nefarious schemes.

The trailer depicts Giles describing his business methods to a large audience live on stage. Naturally, he emphasizes the supposed importance of lying, cheating, and sabotaging competitors to come out on top. In the middle of his speech, however, he receives a call informing him that the overwhelming success of his competitor’s (i.e. the player’s) park has deterred his investors from sabotaging it. Throwing his phone in disbelief, Giles decides to take matters into his own hands.

In the Park Beyond trailer, fun always wins

The rest of the trailer shows Giles infiltrating the player’s park in the hopes that he can cause some damage. His attempts do not succeed, however, as he continues to express his bafflement over the idea of parkgoers having fun. In the end, he goes on the park’s rides and buys its merchandise, all with an unamused look on his face.

According to the trailer description on YouTube, Park Beyond tasks players with looking out for any aggressive actions and tricks made by Giles as they manage their ideal park. As long as you effectively counter his tricks and keep your parkgoers happy, you will be able to dominate the theme park industry fair and square. Feel free to step up to the challenge whenever the game releases this year.

Pokémon Scarlet and Violet: How to get Love Balls