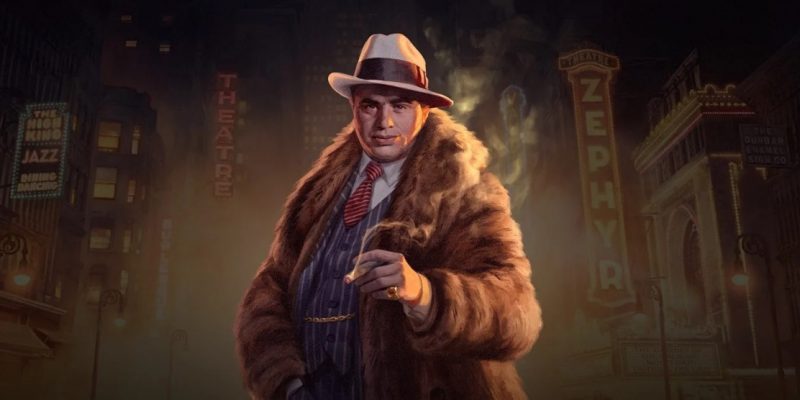 Back in November 2020, Romero Games tried to make players an offer they could not refuse in the form of Empire of Sin. Giving players the rein to run their own criminal empire, the appeal was definitely there. It has been a long time after all since the likes of the Gangsters franchise, with other games such as the Mafia series going down the route of more action. However, Empire of Sin was a bit of a mess at launch. Players reported plenty of bugs and design mixups that made the game a less than ideal proposition. The team has been working on fixing some of the problems, and the upcoming 1.03 patch will target some of Empire of Sin‘s biggest concerns.

One of the biggest issues in Empire of Sin was that of rival gangs. You can take your time building up your criminal organization through careful expansion, diplomacy, or opportunistic assaults on rival businesses. At least, that is supposed to be the way to go about it. However, you could also just barge into an enemy boss’ safehouse and eliminate them. This will give you all of their rackets in one devastating move. It does not help that safehouse battles are not exactly the hardest.

The 1.03 patch for Empire of Sin will make that process more challenging now. Instead of displaying the safehouse once you have encountered a gang, you will have to work your way to it. This means a prolonged battle, attacking rackets, and seeing what comes up next. You may find clues at these rackets, or a stroke of luck may point you in the right direction.

Basically, you will have to be patient. 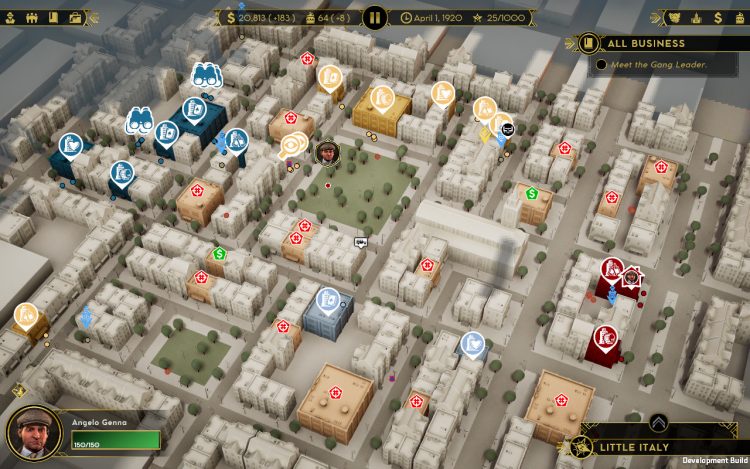 Even if you managed to find the safehouse, things will not be that straightforward. Guards at these bastions of unlawful activity are going to be hardier and more dangerous. They are also getting better gear to fend off your attack. The patch for Empire of Sin will also see some balance tweaks. Weapons like rifles will no longer do armor damage, while sub-machine guns are less effective at range. All weapons will deal lower critical damage as well.

This increase in difficulty is not something that will take effect across the other activities in Empire of Sin. With rackets and safehouses becoming more difficult, you will encounter fewer street brawls throughout your time in your game. In comparison to the tougher shootouts that happen indoors, these outdoor bust-ups usually see the player emerging victorious with plenty of dead thugs around the streets. As such, the thugs are less likely to find trouble with you. If you want to cause a ruckus, try stealing from them. 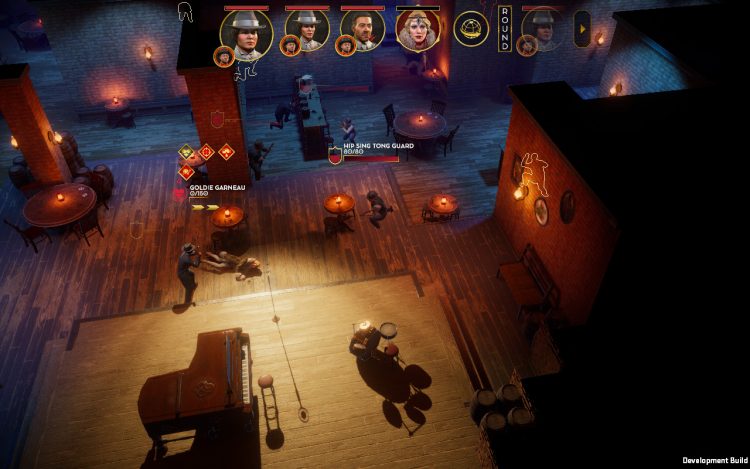 A new feature is also seemingly being added as part of the 1.03 patch for Empire of Sin. Players will be able to choose to fight or flee from battles where bosses and gangsters are not involved. Following that, an option to auto-resolve these conflicts will be added.

There are other changes coming alongside the new update. We can expect more building and item variety, tweaks to the UI, as well as limiting fast travel.

Patch 1.03 will arrive later this month for Empire of Sin. 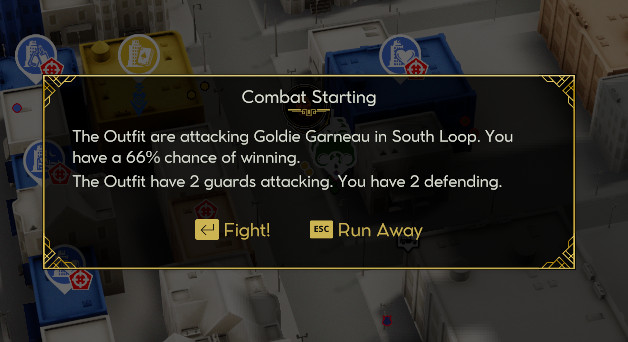