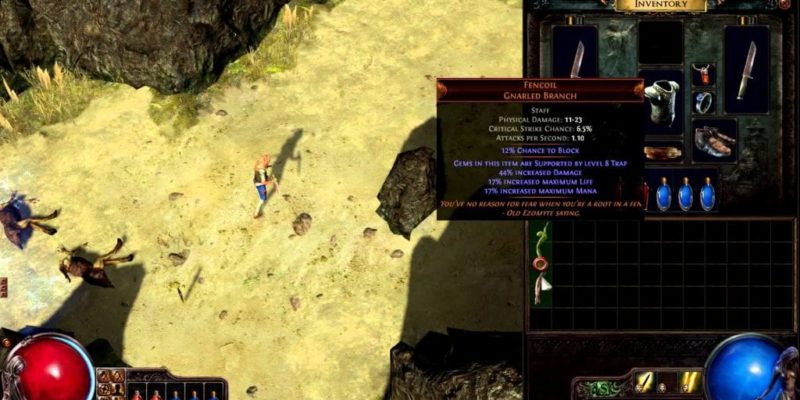 Grinding Gear Ganes’ Chris Wilson is back in action with a new video which previews the Path of Exile 1.0.4 update patch which will be dropping shortly on the servers.

In this update players will be able to initiate PvP duels from anywhere, a new low level unique called Fencoil, three new microtransactions including the Holiday Present Sack which is filled with all kinds of horrible sounding stuff. Finally, there’s a new skill called Flame Blast which looks like it will pack a punch with its AOE.

Watch the video to see all this in action.