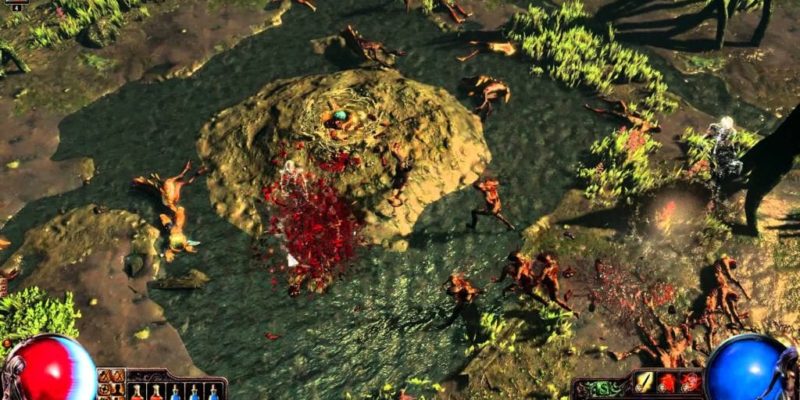 Whilst we’re waiting for Path of Exile’s Act 4, folks from Grinding Gear Games have released Path of Exile’s 1.0.6 patch which I call ‘the summoner patch’. It details a large number of changes around summon builds, in particular, adding four new summoning skills, large improvements to your minons passives and five new unique items that have generally been made for summoner builds. With all of these changes summoners have never had it so good.

So what are these sexy changes? Well your summoned minions and totems now have 50% more life at level 1 and Raised Zombies now cause 50% more damage for starters, that’s awesome. Summoned Skeletons hit harder with 40% more damage and if you’re not using a spell totem like me to summon them, their mana cost has been reduced at all levels as well!

The new Intelligence based skill Summon Raging Spirit summons a flaming skull that rushes at nearby enemies and attacks them rapidly, enemies cannot directly attack it but they can pass through them, doubtfully, I wonder if melee splash or multistrike would work?

Lastly, there is mention of flying monsters coming so check out the trailer below and the full patch notes over on Path of Exile’s website for more info.