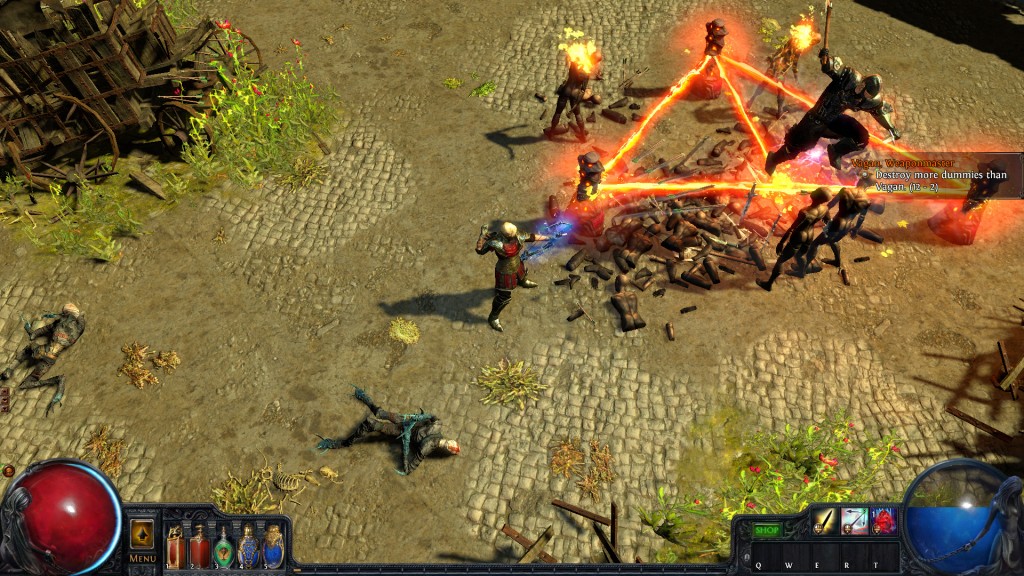 Path of Exile PvP is to get a major update and the next Act is 50% done.

Grinding Gear Games are to launch a major update for PvP this December This will be the launch of their first formal PvP season which will include a variety of tournaments. There will be shorter PvP events planned as well as “multi-hour” tournaments with swiss pairings. A free-for-all tournament is also on the cards.

These new PvP seasons will last around one month and come with alternate art unique items as prizes for the most successful PvPers. The first season will focus on level 28 1v1 duelling but there will also be events with no level cap and team events.

PvP balance has been a major focus for the GGG team, and they state they “want to make sure we can balance skills and damage scaling in a way that doesn’t affect the core PvE game”, This means that unique items are being created that will be useful in both PvP and PvE gameplay.

To show how serious they are about getting this right, they recently invited a community member to the studio to find out how the community is currently playing Path of Exile PvP and they’ve managed to learn a lot about the rules the community prefer to play currently in the game. The PvP community will also be able to test out their findings and tournaments via the game’s alpha servers in the future.

In other big PoE news, GGG has now stated that the December PvP update is about mid-way through the development cycle for Act 4 which will be released early next year as a new expansion.

Great to hear there’s a stack of new content on the way and the release of Act 4 should keep players locked in,

Company of Heroes 2: Ardennes Assault puts a Fox in the (pre-order) box