I. The Immortal Syndicate And Jun Ortoi

The main addition to Betrayal is the Immortal Syndicate meta-game that you undertake as you adventure in Wraeclast. Perhaps one of the biggest criticisms in Path of Exile is that players are generally following the same progression until they reach the endgame. You create your character, you do the campaign, Act 10 Kitava wipes you repeatedly until you finally succeed, and then you start doing the Atlas maps or dig deeper in Delve. After that, you make a new character and repeat the process until the next Challenge League.

Betrayal makes your progression more dynamic because of this meta-game that functions as an ever-branching sandbox quest almost from the get-go once you meet Jun Ortoi. 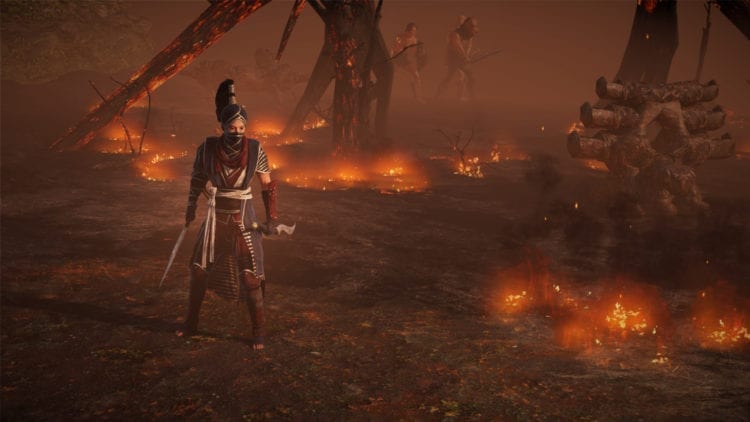 Meet your new companion: Jun Ortoi of the Order of the Djinn.

Early on in the game, you’re introduced to Jun, who tells you what the Immortal Syndicate is and what they’re planning. They’re a criminal cartel that has members in various parts of Wraeclast. Then, via a panel, you get to see the individuals that belong to the infamous group. You’ll see the branches they belong to as well as relationships that they’ve formed within their inner circle. 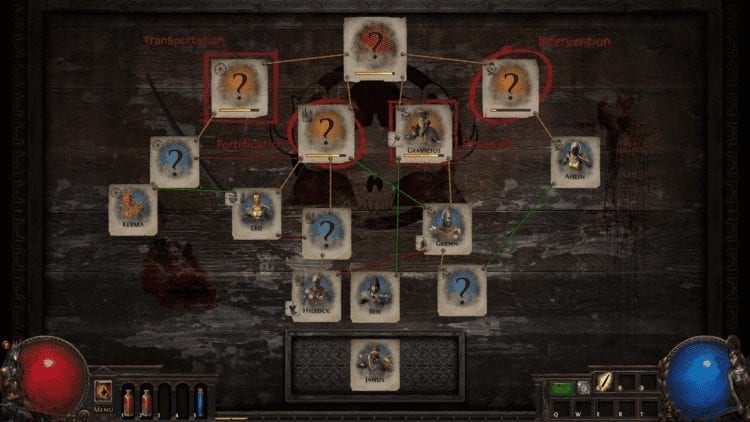 The Immortal Syndicate panel where you can see the various relationships and branches.

Most of their members and locations are hidden at first, including their main headquarters. Everyone has their own rank and position within the organization. What you’ll know, however, is that this hydra has various members belonging to specific branches: 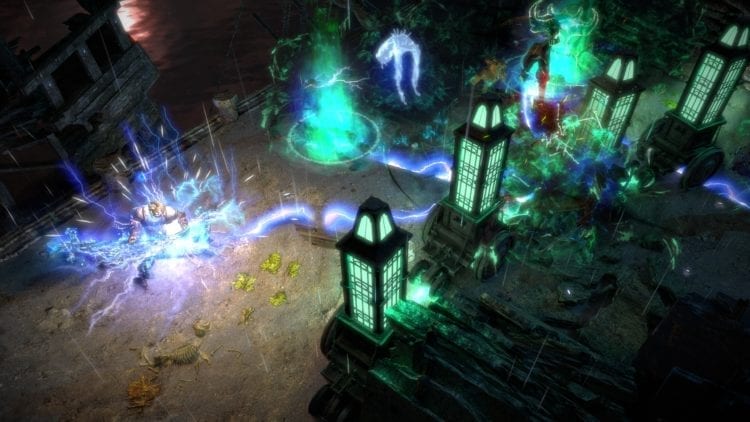 Here’s a sample of chasing down a member of the Transportation branch.

Just like a hydra, taking out the cartel is no easy task. The 18 members of this organization will keep coming back until you defeat their mastermind, and even then, it won’t be over just yet.

Now that you know their specific branches and your objectives should you seek them out, what exactly would you do once you’ve beaten them into submission? Well, you have four options available (two are available at any given time depending on the prerequisites):

Here’s an example of encountering someone from the Fortification branch, subduing them, and then using the Interrogation option (note the various defenses in place for this section of the map):

Think of these actions as somewhat similar to the Nemesis System in Middle-earth: Shadow of Mordor and Shadow of War. The Immortal Syndicate is a large and interconnected web. You can find their members in almost every location throughout the game, often changing parts of that location in that regard. Your actions will influence how members of this criminal cartel view you, and whether they become more powerful in the end.

Execution, technically, is a means of leveling up a selected Syndicate member. Your selected target will be tougher, and they’ll come back with a vengeance. The upside? They’ll have better loot as well. Here’s one where you subdue someone from the Research branch and choose to execute them:

Bargaining has the potential to net you various items while not necessarily causing too big of a ruckus among your opponents. The Betray option, meanwhile, lets you turn someone else into a leader of a branch to achieve the desired result — either you get better items that they can drop (since they’re higher ranked), or the safehouse will be easier if it’s a weakling that you promoted. And, as mentioned above, Interrogation is a safe option that lets you gain more intel.

Targets also have a chance to drop rare and unique items with Veiled Mods. These are powerful new perks. Take them to Jun Ortoi to get them unveiled and pick one. Once you’re done, you unlock that particular mod for future items. You can even choose to empower it and level it up for future use. 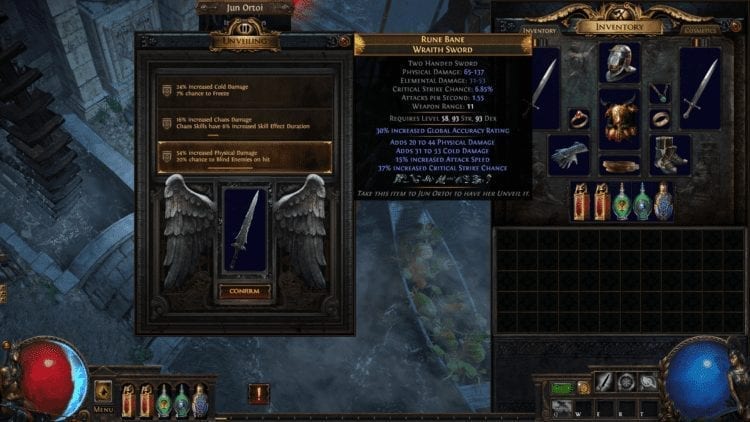 The main goal of the Immortal Syndicate meta-game is to uncover the various safehouses of each branch and eventually take on the group’s mastermind. The reason why you might want to reposition certain individuals is due to the rewards they may confer.

For instance, should you ransack the safehouse of the Research branch, you’ll gain items with experimental qualities (the other branches have their own quirks). But because each Syndicate member is unique, you can mix-and-match certain combinations to find something that’s ideal — something that would benefit your build in the long run.

Once you’ve taken out the Syndicate mastermind — which drops a lot of loot based on how you’ve arranged the entire organization — it doesn’t stop there. The board resets and you can uncover, manipulate, reposition, and take out your foes again. 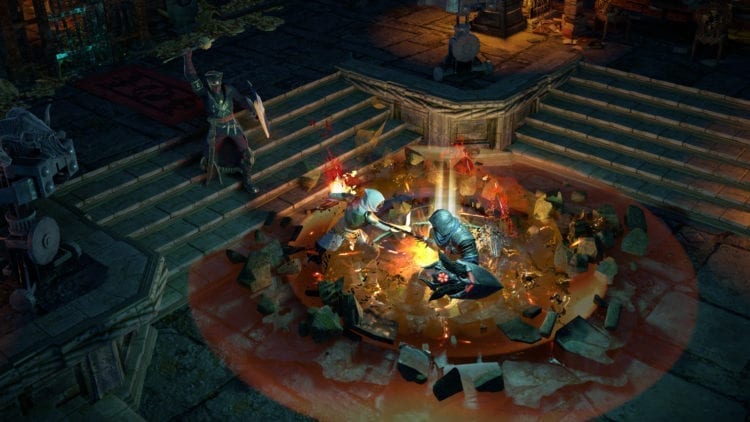 Spicing Up Your Playthrough

In our interviews with Chris Wilson, he told us that there are so many different possibilities and combinations that you can come up with. There is no “ideal” path yet, but he expects that veteran players might be able to discover a good pattern to follow while playing the game.

All in all, this is a feature that many long-time Path of Exile fans might be looking forward to. The regular progression in the game might feel very rote to those who’ve been playing for years. With the addition of this meta-game with expansive quests and multiple choices, it should spice things up for every playthrough.

It also broadens the choices even more in the game. For instance, a common decision every player makes is whether to kill all the bandit leaders or save one of them in an early quest. That’s one decision. Imagine having an unlimited number of choices throughout your playthrough with the Immortal Syndicate feature.

It’s something that changes the dynamics of your playthrough, given the plethora of decisions you can make. With some powerful rewards, this meta-game will also be helpful before you reach the endgame (it can even function as your very own focus as your endgame).

Destiny 2: Forsaken – The Thunderlord Is Back!

By Cameron Woolsey5 hours ago
Previews

By Kevin Foley6 hours ago
Features