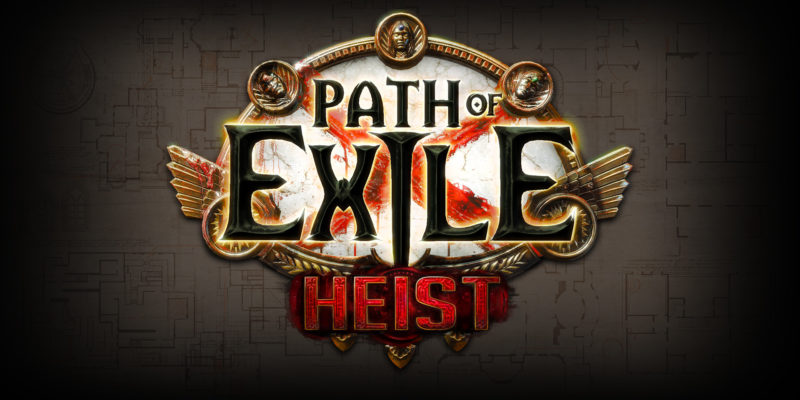 There are several skills that are being reworked, as well as new ones that are being introduced as part of Path of Exile: Heist. We also talk about a couple of new (non-replica) unique items.

Curse skills were often used via automatic triggers or application. With Path of Exile: Heist‘s rework to curses, the idea is to encourage players to self-cast them more often as they’ll grow in intensity over time after being cast. There will also be new and reworked gems that interact differently with curses.

One example is Impending Doom, a support gem that makes cursed enemies explode once the curse’s effect ends. This will only work on self-cast curses whether it’s from the end of the duration of the spell or because the player removes the curse prematurely (or applies a different curse).

A new skill has been added — Call of Steel — and it’s automatically available whenever you have a steel-type skill equipped. The idea behind this is to use the “shards” mechanic where Call of Steel causes blades to burst from the ground, tear apart enemies, and then create shards that act as “ammunition” of sorts for other steel skills. Assuming multiple enemies have already been impaled, Call of Steel will let you recover a lot of shards instantly.

Call of Steel interacts differently with each of the game’s steel skills. Path of Exile: Heist even adds two new ones including Splitting Steel. This creates a single projectile that explodes, rupturing into multiple shards that also hit other enemies.

Lancing Steel and Shattering Steel, meanwhile, have been reworked. In the case of the former, Call of Steel lets a turret rip through opponents with shards with the duration and attack speed also increased. 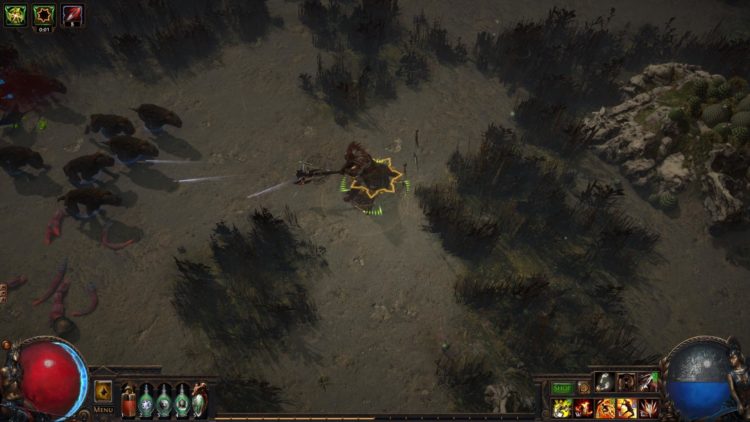 Flame Wall works well for those who wish to play a bit defensively while self-casting spells. This creates a burning wall of fire that immolates enemies that pass through it. Additionally, any projectiles you use will catch fire and do extra damage if they pass through the Flame Wall.

As for Void Sphere, it looks absolutely cool. The spell creates a black hole that pulls enemies, which is pretty good for crowd-control. Enemies that die near the vortex are sucked into it for some nifty visual effects. Oh, and before you ask, no, it does not affect unique bosses.

As mentioned earlier, Path of Exile: Heist includes 100 replica unique items. In addition to those, there are also 25 new unique items. When I say new unique items, these are gear pieces and equipment, not tokens or other stuff. One of those happens to be the Corpsewalker. These unique boots let you role-play as a necromancer effectively because you’ll spawn a corpse every 0.3 seconds while you’re moving. You can also consume the corpses to gain some HP regen, or find builds that support raising or detonating the dead.

In the gameplay video below, you’ll see the Corpsewalker Boots used in conjunction with General’s Cry. This creates Mirage Warriors that attack enemies before they disappear.

Path of Exile: Heist releases on September 18 for PCs and September 23 for consoles. You can check out the game via its Steam store page or official website.