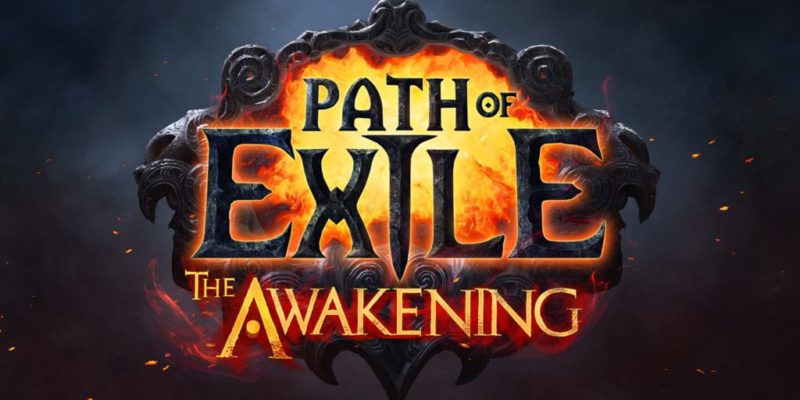 Grinding Gear Games are all set for the launch of the Path of Exile: The Awakening beta and they explain how it will work and what changes to expect.

If you took part in first beta test for Path of Exile then you’ll be familiar with the beta key distribution process. Every five minutes a registered user will be selected for beta access automatically from their user database. GGG will then get invites sent out to selected testers and alpha testers. There is not exact timing mentioned on when these will go out but just sit tight. The selection timer will also be sped up over time which means selections will be made faster as the beta ramps up.

There are no patch notes for the beta release yet but GGG has released some “Balance Notes” and important points include:

Acts 1-3 being revamped and sizes of areas will change based on feedback.

Monster life and damage have been rebalanced ands should be “scarier” now with the focus of this rebalance being on normal difficulty. They also mention that monster difficulty is “currently wrong” in Cruel and Merciless when it comes to bosses and the armour calculation has been adjusted to make it more effective in response to the damage changes.

All projectiles now behave like arrows and multiple projectiles emitted at exactly the same time can “no longer hit the same target” but their AOE damage can still overlap. Because of this change, many skills have received balance changes. GGG mention that projectile skills will be able to be balanced easier now because Multiple Projectiles support gems are no longer mandatory. Melee characters are also at less risk from mobs with multiple projectiles.

Gem levelling and experience has been reworked with some gems having their start level changed and quest rewards have also changed and been “redone from scratch”.

Other game mechanics that will change include in the beta:

GGG has also posted a quick list of planned changes but these are not yet complete and should appear at some point during the testing process.

There’s around 20 hours until the beta goes live so if you want to take part make sure you  have an account ready to go.

Majority of IncGamers readers held out for GTA 5 on PC