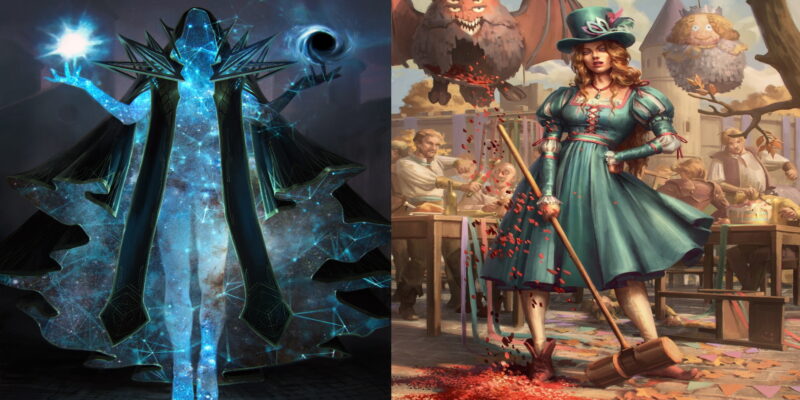 There are a couple of Mythic Paths that we can unlock during the early stages of the campaign in Pathfinder: Wrath of the Righteous. There’s the Aeon which symbolizes cosmic balance and time, and the Trickster which is all about manipulating your foes into committing ridiculous acts. Here’s our Pathfinder: Wrath of the Righteous guide to help you unlock the Aeon Mythic Path and Trickster Mythic Path.

Note: For more information, check out our Pathfinder: Wrath of the Righteous guides and features hub. Likewise, you can take a look at our main guide for all the Mythic Paths in the game. Lastly, please be reminded that this guide contains minor spoilers.

Pathfinder: Wrath of the Righteous – How to unlock the Aeon and Trickster Mythic Paths

You need to do this during Act I you reach Market Square. First, make your way to the exact spot in the plaza where the dragon Terendelev died during the prologue. The plaza itself is close to where you’d find the Arandae Servant and Mysterious Stranger NPCs. Anyway, interacting with this spot shows you a vision for the Aeon Path. 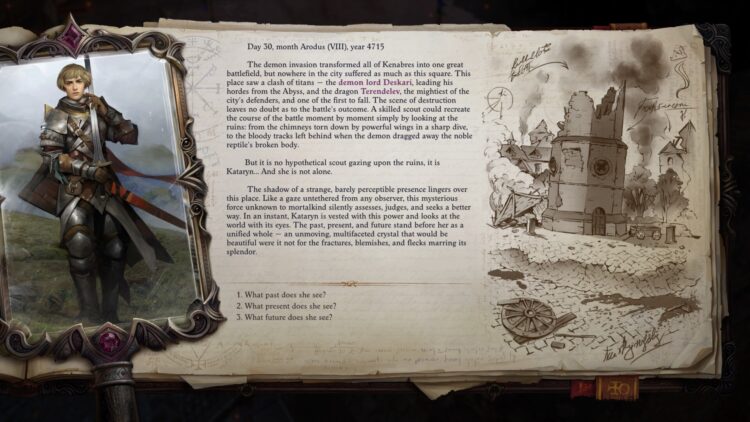 Next, continue your campaign until you assault the Gray Garrison (The Burning City main quest). When you touch the Wardstone, make sure you select the Aeon Mythic Path. If you don’t select it, then this option will not appear at all for the rest of the campaign. Don’t make the same mistake I did. I was doing guides, so I kept reloading saves to see different outcomes. I continued playing my save file not knowing that I selected the Angel during that key moment, preventing me from unlocking Aeon completely.

I digress. Anyway, Aeon represents the cosmic power that’s all around you in the universe. It also has an emphasis on time. As far as I know, it can adversely affect companions like Camellia and Staunton Vhane. The former might leave you if you fully go that route (i.e., Mythic Rank 8), and the latter can be redeemed because of it. 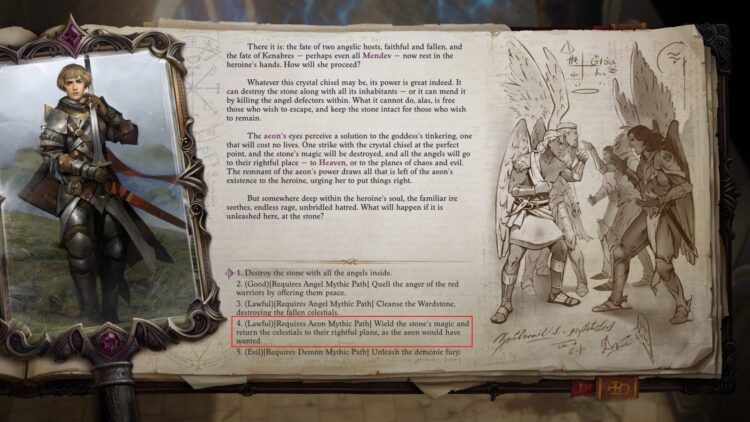 The Trickster Mythic Path can be unlocked when you go to Blackwing Library to find the Storyteller and other allies. You’ll encounter a bunch of “crusaders” here. If you pass the Lore: Religion 15 and Perception 17 skill checks, you’ll realize that they’re impostors. The Trickster Mythic Path dialogue option appears, allowing you to manipulate these chumps. 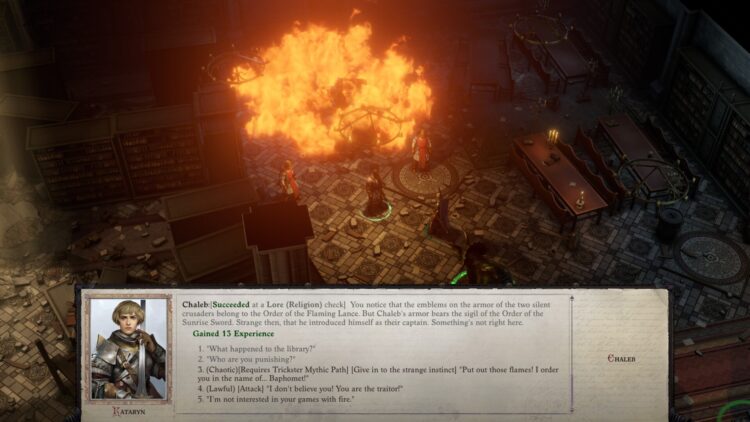 Pathfinder: Wrath of the Righteous — How to unlock Mythic Paths

Pathfinder: Wrath of the Righteous — How to unlock the Lich Mythic Path