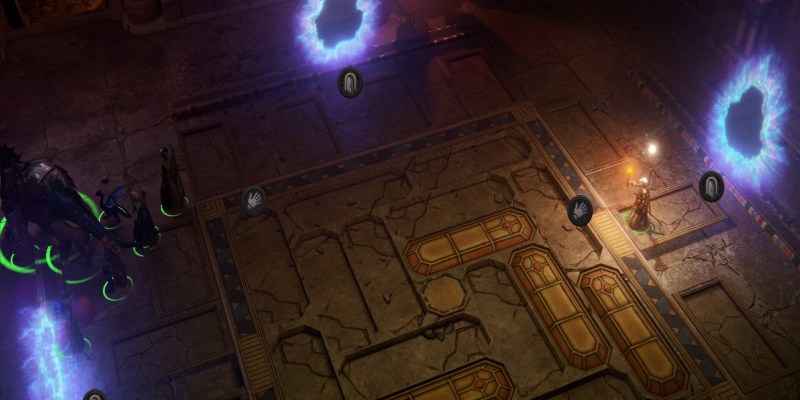 Forgotten Secrets puzzle solution and the Shrine of Sacrilege

Let’s talk about the Forgotten Secrets puzzle in Pathfinder: Wrath of the Righteous.

The Forgotten Secrets location is even further to the south. In fact, it’s in a region called the Winged Wood. As far as I know, you won’t be able to pass through here normally on the world map (there are no pathways available), at least at this stage of the game.

But, if you use the portal in the Heart of Mystery, you’ll end up here. If you exit this area, you’ll see just where you ended up in. 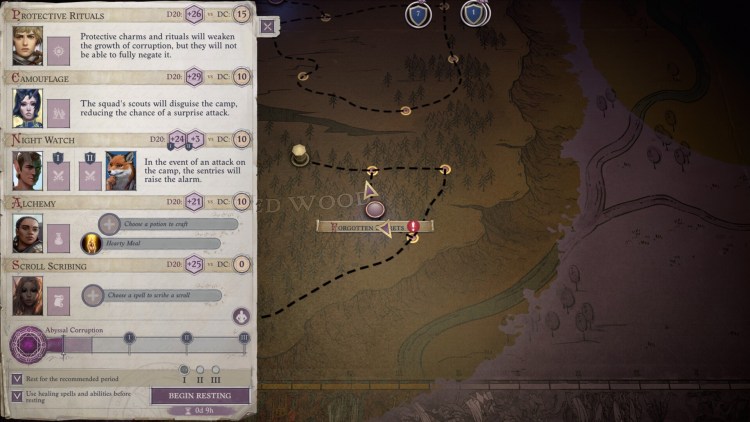 For the Forgotten Secrets puzzle, we need slabs with green symbols. They’re found in the Shrine of Sacrilege, a location that’s fairly close to Drezen. It’s directly south of the Bloody Trail, a place that you’ll visit as part of the Dragon Hunt quest.

After taking care of the enemies here, collect the slabs with green symbols from the ornate chest. Then, make your way back to the Forgotten Secrets puzzle area. 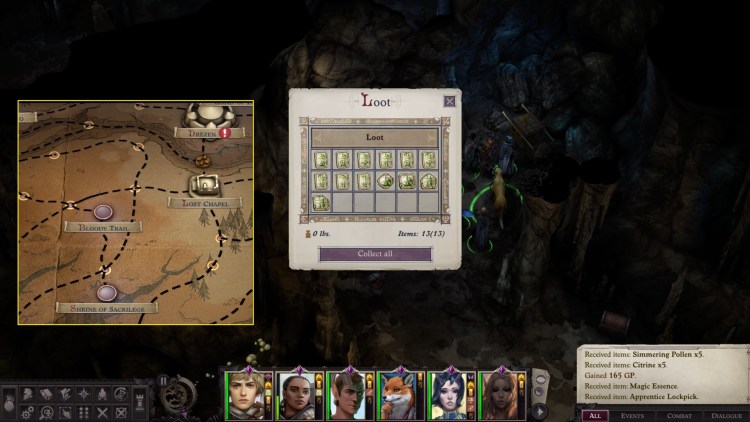 Again, this one is also a bit trickier than normal. First, place the slabs with one green symbol. Next, take a look at the entire floor.

What you’ll want to do is this: 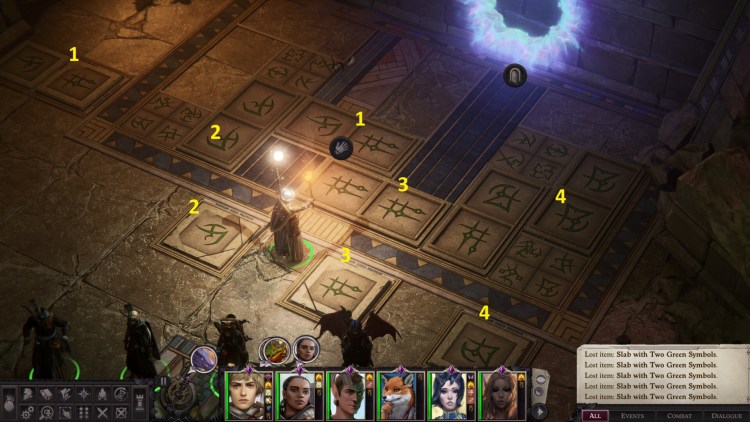 Now that you’ve plopped down the first few slabs, go ahead and complete the puzzle.

Take a look at the finished puzzle in the image below: 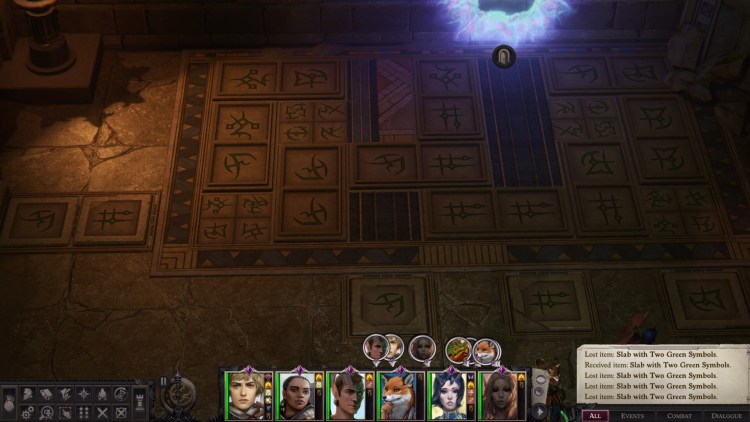 What about the Legacy of the Ancients and the Final Veil puzzles?

Unfortunately, I still need to complete those parts. The Legacy of the Ancients requires slabs with purple symbols. Meanwhile, the Final Veil needs slabs with red symbols. As far as I know, the locations where you can find these slabs won’t be available until the closing stages of the game.

I’ll update this Pathfinder: Wrath of the Righteous Secrets of Creation guide soon, so stay tuned.