Pathfinder: Wrath of the Righteous – How it takes to beat the game

According to HowLongToBeat.com, you can expect to spend an average of 51 hours and 39 minutes if you’re just focusing on the campaign. We can certainly attest to that. In our official review, Blake Grundman noted how it took him “15 hours to fully grasp [combat mechanics and unit positioning],” and he was just getting started. Meanwhile, it took me almost a couple of hours just to decide on my picks during character creation and my initial class. Mind you, I even wound up rerolling since I didn’t like my build at the start.

Now, as far as the main campaign goes, you can expect lengthy quests and challenging battles throughout the game’s six acts. From attacking the Gray Garrison and rescuing your companions in the Lost Chapel to undertaking a Dragon Hunt, solving the Secrets of Creation, and beyond, you’re going to be in it for the long haul. 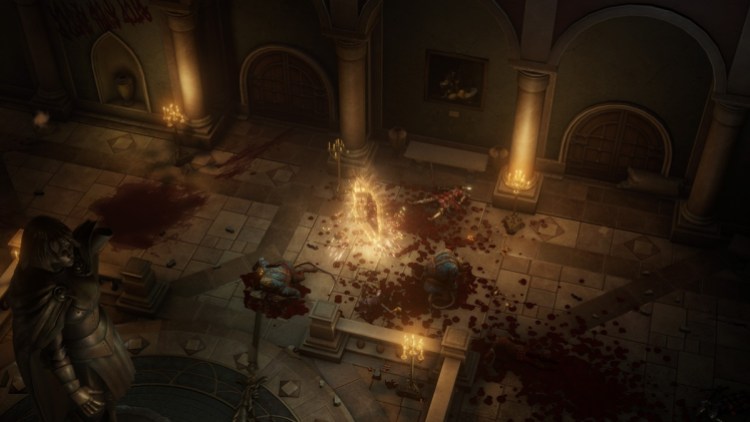 The latter is very much possible. After all, when one asks how long does it take to beat Pathfinder: Wrath of the Righteous, a bunch of sidequests and optional activities are also considered. For instance, the Crusade mechanic is an integral part of the campaign, though you can still check out all the decrees and war council events. Moreover, you’ve got several recruitable companions, some of whom can be missed. Similarly, there are romance options that you can trigger depending on the decisions you make.

Lastly, speaking of decisions, one of the most important is which Mythic Path you’d take. While you can make an initial choice, a fateful moment later on locks you in completely. We’re not just talking about extra buffs and spells, but character transformations, a multitude of ways to roleplay, and numerous different outcomes. All in all, you’ll probably end up replaying the game or reloading earlier saves if you want to see everything that it has to offer. How to build the best Modern Warfare 2 MX9 class