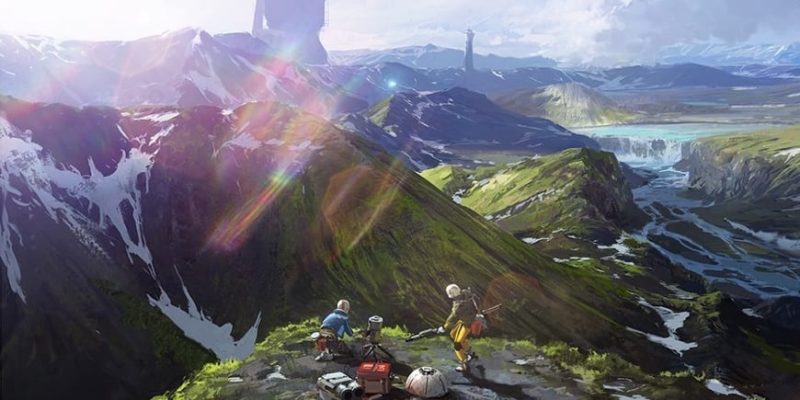 Patrick Söderlund, the prior chief design officer of EA of CEO of DICE broke his six-month silence earlier today. Three months after leaving his position, Söderlund founded Embark Studios in the heart of Stockholm, Sweden. There, he began his next big project: a co-op, free-to-play sci-fi survival game utilizing the Unreal Engine. And so far, it looks damn impressive.

Söderlund has been a busy man of late. What began as a paltry team of six “huddled together in a tiny room,” Embark Studios has grown to more than 50 employees. But it would be unfair to discredit the initial team’s vision of the thus-far unnamed project. Söderlund showed off an environmental test of the game’s terrain using the Unreal Engine. It was created by real-world scanned data and hand-placed objects.

The footage is incredibly impressive, showing off realistic lighting and varied landscapes that almost seem too real to believe. What’s even more unbelievable is that this environment was created by three people in three weeks. It’s also just a sample of the game’s world, which is currently sitting at 256 square kilometers.

Söderlund is approaching this project with a particular goal in mind. In his announcement, he says that video games have become too difficult to create for those who aren’t professional developers. Söderlund wants to prove something to the bloated AAA gaming industry. Perhaps a Bob Ross of video game development in the making, Söderlund envisions a world where anyone with a dream and ambition can create a game.

“Just like anyone today can produce their own videos, write their own blogs, or make their own music, we imagine a world where everyone is able to create and share meaningful interactive experiences,” Söderlund wrote. “Our belief is that the more people that are empowered to create, the better, more interesting and more diverse games will become.”

His goal is ambitious, and perhaps a little disingenuous. After all, Embark is made up of dozens of developers. And, as Söderlund wrote himself, many of them have been a part of big studios. It’s unlikely that anyone with a vision for a game can gather the resources and talent to create a game as grandiose as one from a major company. Plus, we already exist in a world where small teams of people can create standout games. Indie games like Hollow Knight and Stardew Valley were made by teams of one or several people.

Still, Söderlund believes that, maybe one day, small developers can create something as impressive as the test clip he posted at his blog. His team, without the backing of major publisher funds, has already shown that much. I won’t disparage his zeal – after all, he left a $38 million USD job to prove a point.

Söderlund, however, is being sensible about Embark’s aspirations. He admits that the team may not even be able to attain its goal. But, at the same time, he doesn’t desire to have Embark work in the fringes only to fail and disappear. Söderlund plans to share the entire adventure of what challenges he and his team deal with, as well as “the things we learn along the way.”

“Instead,” Söderlund wrote, “we’re focused on getting something out there quite fast that we can build upon — a really fun game that, if popular, can expand with design and functionality that take us closer to our long-term vision.”