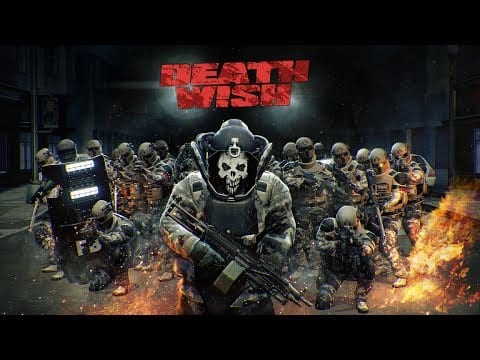 Overkill have announced that Payday 2 will be getting another free update later today: the Death Wish update.

As the name implies, the Death Wish update is all about making things harder for the poor, overworked heisters. First and foremost is the Death Wish difficulty, which can be applied to every heist in the game and which makes things rather more difficult. It does this in mysterious ways: it might destroy bridges that were previously passable, it might add skylights to the roofs of certain buildings, and it might… well, you should probably be careful when cooking meth.

You’ll also see the appearance of two new enemies. GENSEC Elite SWAT will be turning up in urban camo to make your life a living hell, and an Elite Bulldozer with an LMG can send out an awful lot of bullets in the time it’ll take your team to put him down. On the plus side, you’ll be getting a free weapon… but it’s a melee weapon. The “350K brass knuckles” apparently hit with the force of 350,000 community members, which is absolutely not Overkill pointing out how big their Steam Community is. And, naturally, there are a bunch of new achievements to unlock.

The Death Wish update will hit Payday 2 later on today, for the grand price of “totally free”. You can see a stylish little trailer for it below along with a few screenshots, and if you fancy spending some money, all paid Payday 2 DLC will apparently be 50% off throughout the weekend.

Titanfall is complete and gone gold