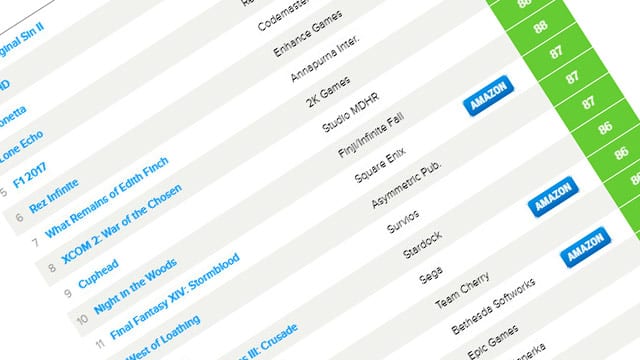 Metacritic is used a lot by gamers and it’s just one way to try an figure out if a PC game is worth your cash if you want to check aggregate scores. That said, OpenCritic is also worth your time when investigating whether a game is worth it or not.

Metacritic has now posted a summary of 2017’s top games and scores and the good news is the PC managed to score higher overall on “good exclusives” than any other platform and just fell short on “great exclusives”. PC games were also scoring higher in 2017 compared to the previous year up from 178 to 205 indicating that quality of PC releases could be improving. That said, not all reviews can be fully trusted to be impartial.

The highest scoring PC game was unsurprisingly Divinity: Orignal Sin 2 which is followed by Okami HD, and Bayonetta. The list doesn’t really represent the best PC games because it depends on how many reviews have been posted for a specific game. The score is likely to lower if more reviewers have reviewed. This is probably why games such as F1 2017 managed to make it to number five on their list. It may be a good game but it’s certainly not better than some of the games lower down the list.

This is how their top 20 games scored and you can see the rest on the site. 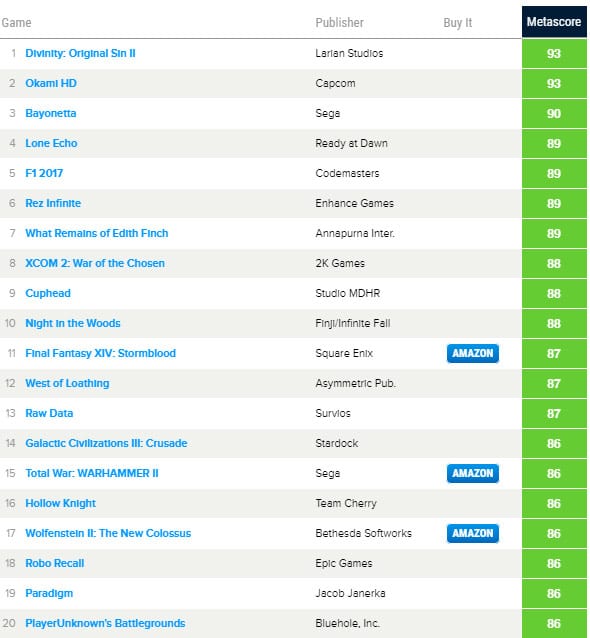