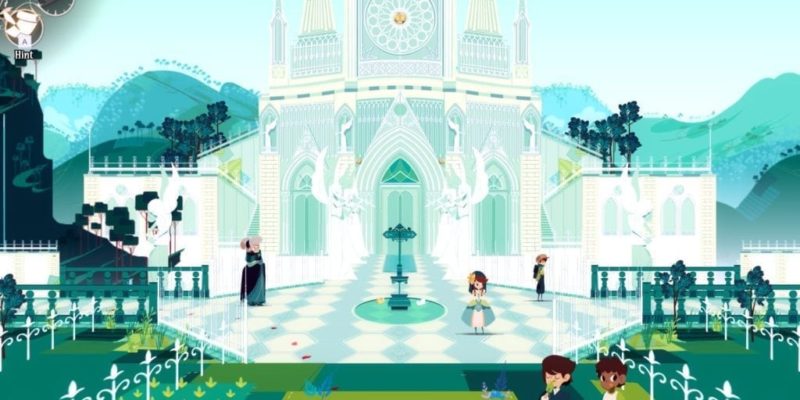 For this week’s debut feature, I tested four PC game demos from Steam, and there was a lot of variety between them. Flux Caves single-handedly won me over. Its entire presentation is one of relaxation. The soundtrack is excellent too, although it does become repetitive. Laws of Civilization is an Early Access strategy game with a surprising amount of depth. Don’t be fooled by the graphics, although be aware that the game needs polish. Aurora is a game that is meant for kids, and possibly kids at heart, too. Finally, Cris Tales presents a unique graphical style, although the audio mix is slightly off.

Here is a list of four PC game demos tested this week, along with links to the store page for anyone who wishes to try them too. 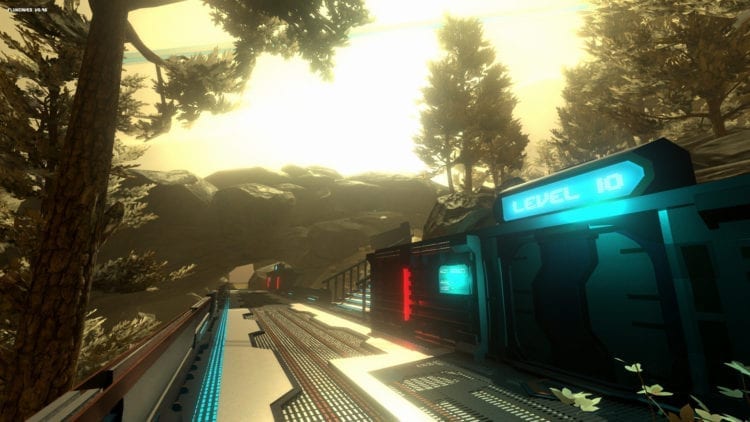 Flux Caves is a first person, atmospheric puzzler with a futuristic setting and a calming soundtrack. The player moves tiles in a 3D environment in order to unlock the door to the next area. Then, the game opens to the outdoors and transitions from a puzzle game to something more like a walking simulator. The outdoor area varies in design much more than the indoor segment, and exploring the outside was as much a part of the enjoyment as engaging with the actual puzzles was.

Some players will take issue with the lack of difficulty. But I think others will appreciate the atmosphere and simplicity of the game, namely because the soundtrack features some nicely composed piano solos. That said, the demo does use the same music track on loop. So towards the end of my playthrough, I opted to mute the music and simply enjoy the background noise.

The game demo crashed on me once. Luckily, it saved my checkpoint, so when I restarted the game I could continue from where I left off. As for other possible hiccups, later segments that present more difficult puzzles require the player to move the tiles in a multi-tile configuration. That is, I had to consider three tile placements while figuring out where they would each finally rest. If you mess up, you have the ability to undo your movements with the right mouse button. The only problem is that for more complex segments, undoing the movements may require upwards of twenty clicks in a row. It would have been nice to have the ability to hold the right mouse button in order to trigger multiple undos at once, but this is far from a deal-breaker.

Recommendation: For fans of relaxing puzzlers. 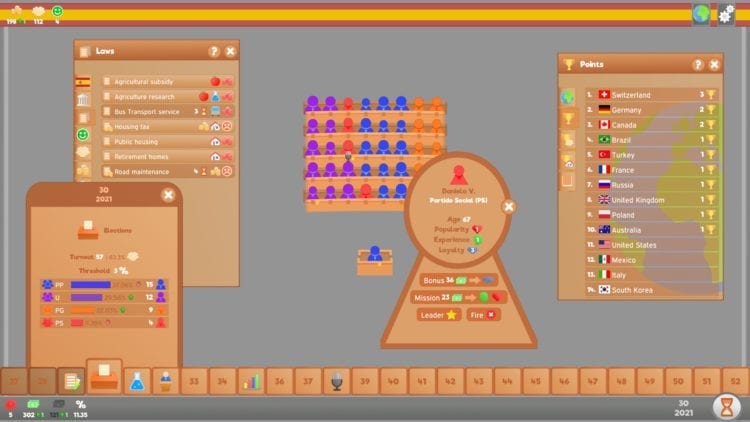 As a turn-based strategy game, Laws of Civilization has the player controlling the actions of a political party. The bottom screen features a running calendar where the player schedules political events in order to attract voters. You might schedule interviews with the media, and during those interviews, you have the option of choosing various promises to make to your voter-base. Once elected, you choose whether or not to approve bills. The game even has a segment with “dirty money” that might allow you to bribe other politicians. You can also use dirty money to have other political figures assassinated.

While the game does show a lot of depth, it also has its flaws. For example, some of the text contained misspelled words. With that said, the seeds are there for something quite compelling.

Recommendation: Try the demo if you’re looking for a quick, turn-based strategy session. Just bear in mind that the demo merits some improvement.

Aurora: The Lost Medallion Episode I 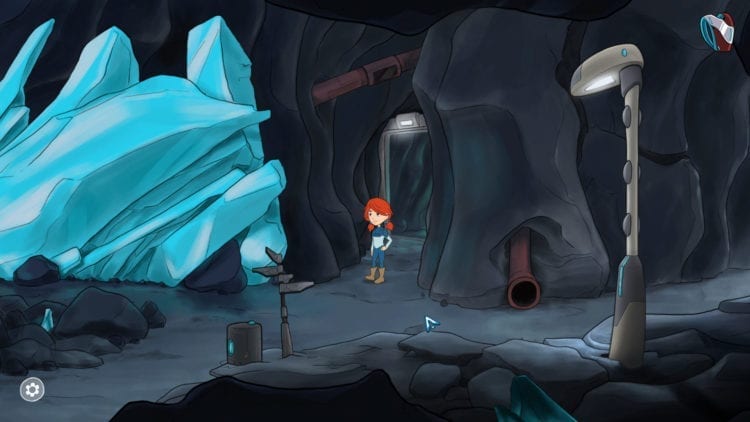 Aurora is a point-and-click cartoon game that is heavy on the storytelling. The setting is Eedor, and the characters are a group of kids who were raised by robots in an underground cavern. The game demo has you engaging in an elaborate game of hide-and-seek with the other kids, something that has been a tradition in the cave for a long time

Early on, the dialogue made it clear that the target audience is children. Aurora still offered a bit of a challenge, and like most point-and-click games, it was not always apparent where to go next. For a game of this sort, that is a good thing.

Recommendation: For kids eight and younger 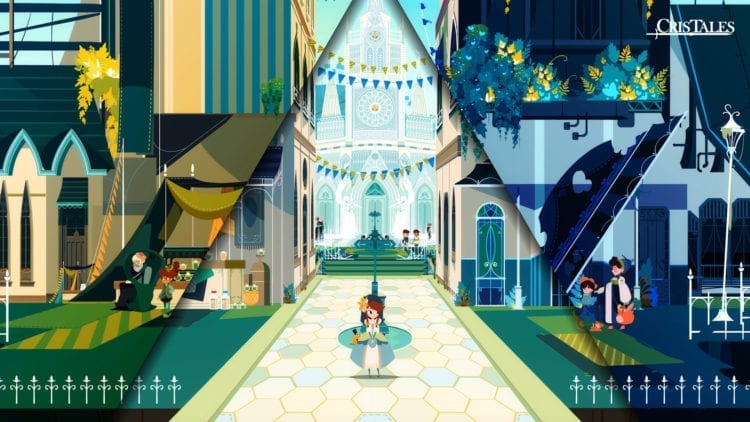 Cris Tales bills itself as a love-letter to classic JRPGs. This shows most prominently in the combat, which features a mixture of timed-action with turn-based battles. The player has the option to double up on their physical attack if they execute a second hit at the right moment. Think of The Legend of Dragoon‘s combat, among other games.

Most of all, the presentation of this game is stylistic and lighthearted. The artwork simply cannot be fully appreciated from a screenshot. The way the foreground moves more quickly than the background makes walking between segments in this side-scrolling world immensely satisfying. From the crystalline castles to the colorful corn fields, the art direction wins at almost every turn. Even the world map resembles something made out of patchwork.

As this is a demo version, there were issues, most notably with the audio. The voice work sounds as if has yet to receive proper mixing. To make matters worse, I’m not sure that the voiceover helps the game at all. At some point while playing the demo, I turned the sound off completely. Since the dialogue is also displayed over text, it was still playable without the audio. If I had the option to mute the voices in the game, I would have. Since Cris Tales is attempting to bill itself as a JRPG love-letter, then perhaps a full-embrace is in order, and by that, I mean harkening back to the days where voiceovers weren’t in games at all. Since the text is on display anyway, the game is already halfway to that point.

Recommendation: For fans of lighthearted and colorful turn-based RPGs. 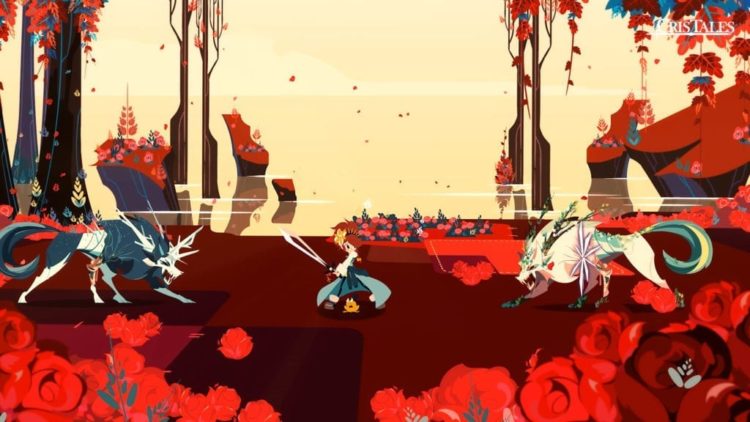 This week in demos was purely relaxing

While walking through colorful fields in Cris Tales, I realized that I had adventured to many places this week. I experienced lighthearted and cartoony worlds, political shadiness, futuristic puzzles, and a point-and-click children’s game. This week’s selection showed one indie developer who is taking a spin on old-school JRPGs. Another developer is putting a spin on the turn-based strategy genre and allowing players to use dirty money to assassinate political opponents. I also realized that text-heavy RPGs allow me to kill two birds with one stone. That is, I get my gaming fix and reading fix all at once.