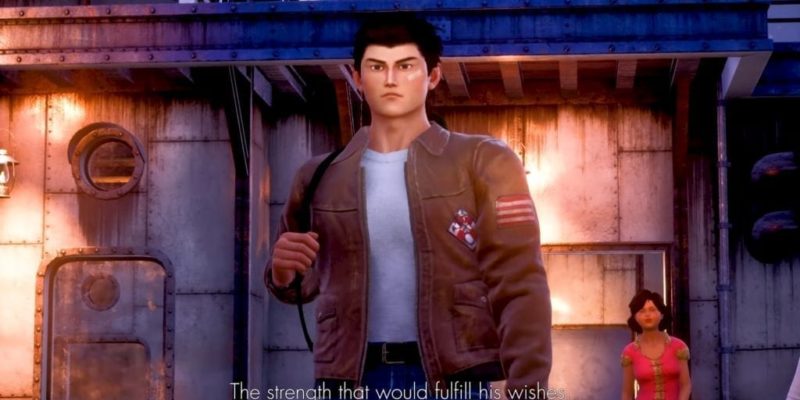 My backlog is the stuff of nightmares. It is the Mount Doom of my gaming kingdom; nigh insurmountable and unceasingly growing, composed of quickly forgotten Humble Bundle and Steam sale purchases. Much like my vegetable crisper, it is where good intentions go to die. Still, time marches ever onward, and more games are heading our way, whether we’re ready for them or not.

Next year is brimming with amazing looking games, and I know there are a couple I’ve been waiting to play for years now. Sorry, Darksiders and Deus Ex: Mankind Divided, I’m sure I’ll get around to you eventually. Here are the games I’m adding to the pile in 2019.

I love cyberpunk. It’s a grimy, dark vision of a hopeless future run by corporations, where the lasting dregs of humanity use cyberspace to run from a desperate reality. It is where melancholy echoes through dirty alleys, populated by people using mechanical augmentations to overcome their fleshy limitations. Cyberpunk 2077 promises to capture the grit and toil of this beloved genre, but is doing something somewhat unexpected: it’s turning the lights on.

Set in the ironically named Night City, the game allows you to explore and fight in the glow of the sun, which developer CD Projekt Red feels is just as important to the theme as the expected, shadowy underbelly. If you haven’t seen the 48-minute gameplay reveal yet, what the hell are you waiting for? I’ve been waiting for this game since it was revealed around six years ago. If prior coverage rings true, a 2019 release date is highly likely.

I’ll let you in on something hard for me to admit. I never really got into FromSoftware’s Souls games back when they came out. I tried playing Demon’s Souls back in the day, but it didn’t quite capture me. The reason: it was too god damn hard. Yes, I was one of those people. After trying to cross a bridge for the 40th time only to die to the same dragon or undead asshole, I promptly gave up. It wasn’t until my friend convinced me to pick up Bloodborne that things sort of just clicked for me. I fell in love, and I went back to right my past wrongs, beating all the prior Souls games, and eventually Dark Souls III. (Alright, I’m still working on Demon’s Souls. I’ll finish it someday. Honest.)

So, it shouldn’t surprise you that I can’t wait for Sekiro: Shadows Die Twice. While it doesn’t quite loyally follow in the footsteps of its forebears, it’s still very much a FromSoftware game. The meaty combat and giant boss battles are Pavlovian to me, and the drool I had to wipe from my keyboard after watching the reveal was enough indication that I need this game in my life.

The once unfortunate tale of Shenmue has been one of my longstanding lessons on why cliffhanger endings need to die in a pit of despair. And razors, and salt, and… I don’t know, pee, or something? I loved the chronicle of Yu Suzuki’s grand masterwork. But the reality that the explosive, open-ended finale of Shenmue II would never be explained, nor the story actually finished, was almost too heartbreaking to bear. However, when Suzuki walked onto the PlayStation stage during E3 2015 to the tune of the nostalgic Shenmue soundtrack to announce the series’ continuation, I felt newfound appreciation for a different lesson: good things come to those who wait.

At least, I hope it’s good. The stone-faced characters of the above trailer haven’t exactly filled me with overwhelming confidence. Still, Ryo Hazuki’s voice actor – and scourge of sailors everywhere – Corey Marshall, is returning, and the game looks gorgeous — facial emotions notwithstanding. Regardless of how Shenmue III turns out, I’ll be first in line when it releases next year. The story has been open for nearly 18 years now, and I’m ready to finish the final chapter.

Ah, My Friend Pedro, or, how I learned to stop worrying and love bullet time again. While there are doubtless bigger titles coming, I feel it would be a disservice not to at least mention this quirky lad. An indie shooter coming to us by way Devolver, peddlers of some rather good shit, MFP looks like pure fun, concentrated and shot directly into your eyeballs. Watch the video. You’ll be glad you did.

By Kevin Carignan5 days ago
Industry