E3 2017 is almost upon us, and with it the see-saw mix of overblown hype and acidic cynicism. There will be buzzwords aplenty, volcanic-temperature takes, and, if we’re really lucky, at least a couple of games that actually look interesting.

Like every other year, quite a few of those games have either been outright announced in advance, partially leaked, or can be guessed with a bit of industry knowledge and a reasonable grasp of E3 history. I’m going to be doing that right now, going down the scheduled E3 2017 press conferences in sequential order and picking out the PC titles that are likely (or already confirmed) to be there.

EA have basically confirmed the majority of their E3 2017 games. PC-wise, you can definitely expect Star Wars: Battlefront 2, FIFA 18, Need For Speed Payback, something regarding The Sims 4, and Battlefield 1’s In The Name of the Tsar DLC. Titanfall 2 gets a mention on their list as well, so there might be something new there, or it might just be a reminder than their Monarch DLC came out recently.

In terms of things that are currently “off the books”, well, EA have been threatening to make other Star Wars games for the past couple of E3 events. It may finally be time to get an actual look at one or both of those (one from Visceral, one from Respawn). BioWare have that “new IP” they keep talking about, along with rumblings about a new Dragon Age title (maybe the X-Com style game they asked the public about back in 2016). And Josef Fares of Hazelight (Brothers: A Tale of Two Sons) has been telling people to watch E3. 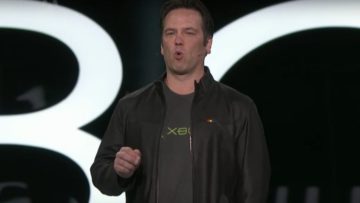 Not the easiest year to predict as far as Microsoft and the PC are concerned, since most of their talk is going to be focused on their shiny new Project Scorpio box. Chances are that cross-play will still exist between this new console and Windows 10, so any first party stuff announced will (probably) have a PC version of sorts too.

Expect some holdovers from previous years to get an airing though. Crackdown 3, Sea of Thieves, and State of Decay 2 will all be heading to the PC, and should all be shown. Halo Wars 2 is set to get some DLC. Chances of a new Forza appearing are pretty high because, well, Forza. The fabled Cuphead might even get another appearance. And speaking of fabled, I wouldn’t put it past Microsoft to bring Fable back from the dead in some fashion. 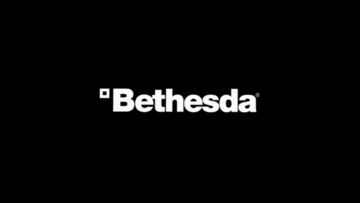 Most of the speculation surrounding Bethesda is based on an image of ‘Bethesdaland’ the company circulated on E3 invites a few weeks ago. It depicts known Bethesda series like Dishonored, Fallout, Doom and so on. Two areas are hidden due to being “under construction”, leading to suggestions that a couple of new announcements will be happening.

One very likely reveal will be the full follow-up to Wolfenstein: The New Order, already in development at Machine Games. Last year’s Bethesda event featured an easter egg tease for Wolfenstein: The New Colossus, so this is probably the year we’ll get a full announcement. Another, slightly less confirmed, possibility is a sequel to The Evil Within. Job listings for ‘Psycho Break 2’ (the working title for Evil Within) have been seen in the wild.

Throwing the net a little wider, Bethesda have consistently renewed a trademark for something called Starfield. Rumours keep flying that this is some kind of major sci-fi based RPG in the vein of Elder Scrolls, but nothing has actually been confirmed so that could all be very wishful thinking.

At previous Bethesda events, they’ve mixed in new announcements with reminders that current games exist. If that’s the case again, expect updates on Elder Scrolls Online (since a Morrowind expansion just came out) and Elder Scrolls Legends (just launched on Steam). It would make sense to get a release date for Quake Champions too. An expansion for Dishonored 2 wouldn’t be out of the question, since the first game did a fine job with its DLC. 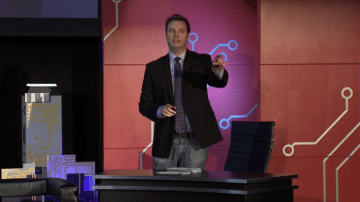 All PC games all the time, but has been pretty light on actual unique announcements in its past couple of incarnations. Still, it’s possible to surmise some of the contents of this event by looking at the sponsorship list. Bohemia Interactive will be there, either with something to say about Arma 3 or their soon-to-be-released Argo project. TripWire will probably show up too. Their latest is Rising Storm 2.

Likewise, Lawbreakers is guaranteed to be present because Nexon are sponsoring. Mind you, so are these guys and I have no idea what they might want to see included. Maybe Shadowverse? AMD seem to have been replaced by Intel this year, so the awkward hardware interlude will presumably be about CPUs.

Other confirmed appearances include Creative Assembly with Total War: Warhammer 2, Harebrained Schemes (Battletech) and PlayerUnknown’s Battlegrounds. I’m expecting Mount & Blade 2: Bannerlord again as well. Indie studio Raw Fury Games have said they’ll be appearing too, and previous PC Gaming Shows have included quite a few indie spots. At the other end of the scale Blizzard got a pretty lengthy spot last year, so that may happen again.

Finally, Xbox are co-sponsors as well so there’s a reasonable chance whatever Microsoft talked about the day before will be reiterated here in a more PC-related manner. 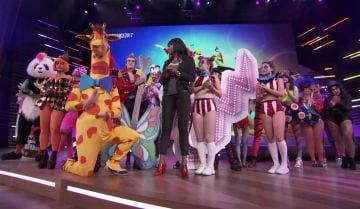 Again, there’s a pretty solid list of what will be appearing at the Ubisoft conference because the company itself has provided that information. You can be sure that Far Cry 5, South Park: The Fractured But Whole, The Crew 2 and Just Dance (always Just Dance) will be there. More than likely there will be space for ongoing projects with regular updates like For Honor and Rainbow Six: Siege too.

The next Assassin’s Creed (most likely called Assassin’s Creed: Origins, starring a lad called Bay Ek in Ancient Egypt) will get an airing as well. But the leaks end there, so whatever else Ubisoft has planned is a bit of a mystery. It’s been a while since the last Splinter Cell, so maybe another one of those? The company says Beyond Good & Evil 2 will not be at E3, so don’t hold out hope for that. 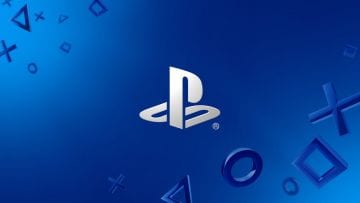 If the last couple of years are any indication, there won’t be a whole lot of PC stuff at Sony’s event. They’ve tended to concentrate on PS4 exclusives, with PC stuff limited to third party appearances.

Assuming that pattern holds (and it probably will), the games to look out for at Sony’s event will be extended or slightly different looks at games from other publishers. Far Cry 5 will almost certainly be present again, showing either co-op play or some other aspect not covered by Ubisoft earlier in the day. Likewise, Call of Duty: WWII will be shown here, as will Destiny 2 and Battlefront 2. Expect some FIFA 18 as well, now Sony have snagged that marketing deal.

FIFA 18 — Check Out the Boxart

DiRT 4 gets a launch trailer

By A.K Rahming4 hours ago
Features

By Steve Clist24 hours ago
Features