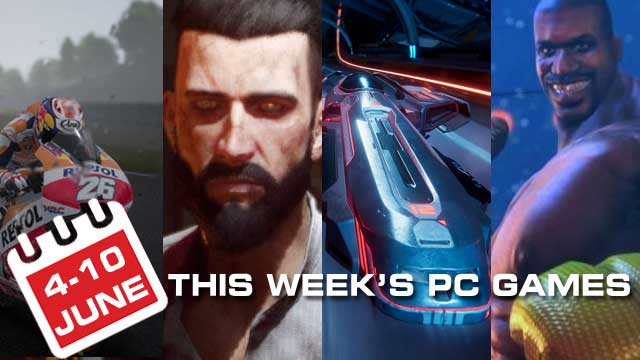 Another week brings a load of games and these are the PC games ones you may want to keep an eye on this week between 4th and 10th of June.

There’s right mixed bag including racers, an ARPG, vampires, and even wheelchairs.

Neocore finally pushes their ARPG out of Early Access on Steam. Available on Steam.

This open-world survival game has players taking on the role of a recently awoken clone who has to survive Mars by building a habitable homestead and tackling dangers on the planet. Available on Steam.

Following the success fo Life is Strange, DONTNOD take players to a 1918 London as Jonathan Reid. Reid must find a cure for the Spanish Flu before and decide who live and who dies as Reid feeds on his victims as a vampire. Available on Steam.

Shaquille O’Neal will fight to avenge his fallen home and martial arts master. Fighting combos and celebrity boss appearances can be expected as he battles through Hollywood and demon-possessed celebs who are brainwashing the population into subservience. Available on Steam.

Milestone is back with another of their ravers and this one lets bike fans compete on 19 official tracks and pursue a career as a professional rider starting from the Red Bull MotoGP Rookies Cup up to the Premier class of the MotoGP. Available on Steam.

This is an odd one but the VR version of the game was well received and all profits go to charity. This new version is the non-VR version where players have to tackle challenges as a wheelchair user in a city not equipped to handle wheelchair users. Available on Steam.