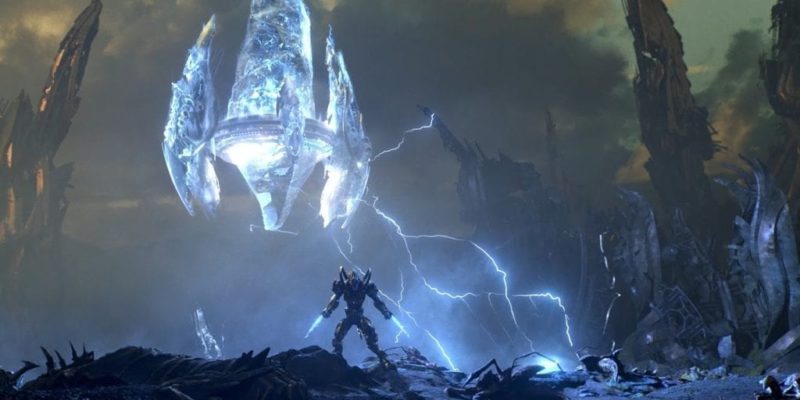 All right, this is it. The holiday season has come in earnest, and it’s going to be hectic. It’s no secret that 2015 will undoubtedly go down as one of the best years for video games ever, but it’s not over yet. Not by a long shot. Remember those lazy summer days exploring every question mark and side-quest in The Witcher 3? Yeah, you don’t have time for that now. So finish up Call of Duty: Black Ops III and make a plan.

You may need to take a week off work, or a month. Or just quit. You don’t like your job anyway. If you’re in school, get ready to do a lot of last minute cramming for finals. Now might be a good time to stock up on energy drinks if you haven’t already.

But there’s no need to panic, because we’re going to help you make it through the next couple of months in this handy Holiday Video Game Guide. Brace yourself, because on November 10 we start off with the biggest release of the holiday season.

That’s right, Fallout 4: the game fans have been looking forward to for five years since Fallout: New Vegas hit store shelves in 2010. This is a game in one of the best franchises in gaming coming from one of the most acclaimed developers in the world. Every major Bethesda Game Studios release in the last decade has garnered nothing but critical acclaim, and there’s no reason to believe Fallout 4 won’t repeat those past successes.

This one’s going to take you awhile. When Todd Howard was asked how many hours it will take to play Fallout 4, his answer was “all of them”. He might be right. Fallout 4 will likely have all of the quests, open world exploration, and combat that you’ve come to expect. But, if that wasn’t enough (and it is) it’s also going to give you the ability to make a settlement. And this isn’t just planting a flag in the wasteland and watching a town grow. This is blueprints and defences and farming and placing every little thing just-so. And then, once you’ve done that, you need to keep your citizens happy and fed and protected.

So you might be playing this game until 2017. But you don’t have time for that. If you can’t spend at least sixteen hours every day playing this game from launch, it might be an idea to save it until the New Year, when there’s a nice long lull in the gaming release schedule through January.

This is especially true since Fallout 4 isn’t the only major release on November 10. That’s right, some publisher had the gall to actually release a game on the same day as Fallout 4. Who would do such a thing?

* StarCraft II: Legacy of the Void drops on November 10 as well.

Blizzard Entertainment, that’s who. The stand-alone expansion to StarCraft II looks to fundamentally reshape its competitive play, offer a huge new campaign, and throw in a bunch of new modes. A colossal BlizzCon just wrapped up, demonstrating how dominant Blizzard is in the world of eSports. Between StarCraft II, Heroes of the Storm, Hearthstone, and the forthcoming Overwatch, Blizzard is practically a live entertainment company.

Now, Legacy of the Void might be just a bit more niche than Fallout 4, and those of you already planning on picking it up are probably series veterans. But for those of you who aren’t, this is a great place to dive into what’s possibly the greatest real-time strategy game of all time. You don’t need to already own StarCraft II to play it, and the modes look to offer a ton of fun to new players. A co-operative campaign lets you fight your way through missions with a friend, and the new archon mode sees two players controlling one army. There’s less need to worry about multi-tasking, and if you lose, it’s probably your friend’s fault anyway.

So take the week, and get into it. You can probably burn through the campaign in a few days, and then you can begin your way down the long path to competitive mastery. And for those of you who are StarCraft II veterans, there’s not much to say other than En Taro Adun.

*Yes, also Square Enix also would do that with Rise of the Tomb Raider. But that’s a timed exclusive for the Xbox One, and we’re mad about that. Tomb Raider was pretty good.

But you only have a week to become a StarCraft pro before developer DICE is going to call you to a galaxy far, far away. So practice bulls-eyeing those womp rats now, because Star Wars: Battlefront is launching on the 17th, and we can tell you that this game is going to be big. After all, it combines one fairly well-known franchise with one enormous one. Maybe after it’s given the DICE treatment, this whole Star Wars thing might get some real traction.

Star Wars: Battlefront takes you to some of the films’ most notable locations, including the frozen planet Hoth and the desert planet of Tatooine. You can hop into TIE Fighters, X-Wings and AT-STs to rule the battlefield (or, you know, the battlefront). Famous characters also make occasional appearances, and you’ll have opportunities to wield the force as Luke Skywalker and Darth Vader, among others.

There won’t be a lot single-player options, but the multiplayer has always been DICE’s strength, and with luck, this will be a game you can keep coming back to for years.

Before you can say “Ewok”, however, Assassin’s Creed Syndicate finally hits the PC. If you’re also a console gamer, you might have picked this up for your box of choice when it launched on home console on October 23rd, but the PC version was a bit delayed. I’ve grown a bit tired of the annual Assassin’s Creed holiday releases, but this one looks like it might be pretty good. Syndicate takes you to London during the industrial revolution to beat up gangsters and climb Big Ben. You probably also assassinate people. I guess.

It’s the first game in the series to let you switch between two protagonists. In this case, those characters are the twins Evie and Jacob Frye. Evie is the stealthier and wittier of the two, while Jacob is the guy who hits hard. You’ll also have a hook shot or grappling gun to rocket up tall buildings, so there won’t be much of the old plotting your way up buildings, for better or worse. The gameplay will be Assassin’s Creed standard, but it is pretty. I’m sure there’s also some sort of convoluted nonsensical storyline for those people who loved the ending to Lost.

Chug a few Red Bulls and get ready for the home-stretch. The holiday season sees a lot of first-person shooters, but if you’re looking for something a little bit more tactical, you might be interested in Tom Clancy’s Rainbow Six Siege. Like Star Wars: Battlefront, this is primarily a multiplayer game, but on a smaller stage. As the name suggests, players join a team that either sieges or defends a location. Destructibility is a core part of Siege, and players can outfit their characters with all manners of explosives to blow through walls and breach buildings.

Characters each have their own special abilities, and ensuring synergies across the team will be necessary to success. You’ll also have some time to plan your attack or defence at the start of the match. The levels are small, matches are quick, and there’s no respawn, so plan well. If you’re the type of person who loves it when a plan comes together, then get your A-Team on in Rainbow Six Siege.

But Siege isn’t the only game to burst onto the scene on December 1. If you really like explosions, and I know you do, check out Just Cause 3. This is a game about blowing up everything around you in the most spectacular way possible. Just Cause 3 throws you into a 400 square mile, open world Mediterranean island and gives you the tools to cause as much mayhem as possible. Why? Just ‘cause.

There’s also a central story, in which the protagonist, Rico Rodriquez, takes on a despotic dictator. But let’s be honest, this is mostly a way of guiding you to bigger and better explosions. There’s nothing subtle about Just Cause 3, and that’s by design. The infamous parachute and grappling hook will return, true to form, letting you turn the island into your maniacal playground.

It looks like a lot of fun, and it should keep you entertained right up until you have to do all that family stuff, because this is the last big PC release of the year. Now you’ve got almost two months to get through everything before the spring season starts in earnest.

But we’ll get to that later.

2015 looks to be one for the gaming history books, so have fun and happy holidays.

By Ben Kerry7 mins ago
News