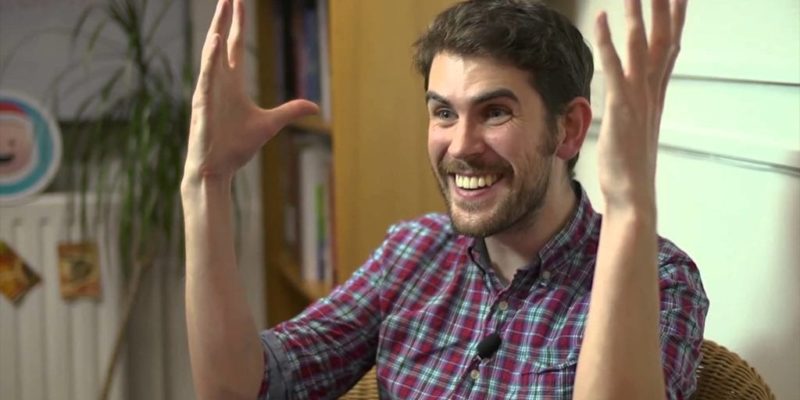 With Thanksgiving just around the corner, it seems seasonally appropriate to have a look at some of 2016’s launch-day turkeys. Technical disasters, misleading marketing, frame-rate caps; this year offered all kinds of traps for the unwary PC player. For every peerless Dragon’s Dogma port, there was an equivalent unoptimised mess.

Some improved over time, some are still improving as I write this. All of them, in some way, represented a major blunder at launch. Not a great look for an industry pathologically obsessed with making people buy games prior to the day of release.

Primarily associated with Sony’s PS4 machine, but very much a presence on PC too. It’s difficult to overstate what an absolute shambles the No Man’s Sky launch became. A waterfall of hype fed into an endless ocean of expectation, as space sim fans blamelessly filled in the chasms between Hello Games founder Sean Murray’s vague statements with their own imaginations. Sometimes, though, they didn’t have to fill in any gaps. Sometimes Murray just made statements that turned out to be entirely false.

There was never any chance of meeting another player in-game (despite Murray’s suggestions to the contrary), because the multiplayer framework to do so didn’t exist. Procedural generation of 70 mega-zillion planets teeming with wildlife turned out to mean visiting worlds with one of a handful of colour filters, populated by creatures constructed from the left-over bits in an old toybox. Vast, galactic space battles between enigmatic factions (“I could join in, I could take sides” Murray famously intoned) simply didn’t happen.

Even the parts of No Man’s Sky that were legitimately present wound up being either pale imitations of gameplay loops from better games, or bordering on parody. The great secret at the center of the universe? Yeah, that was the 2016 version of a “congrats you did it now play again” screen in a ZX Spectrum game from the 1980s.

At launch, it ran like garbage on PC. Initial Steam player figures were in excess of 200,000. One month later they were in the hundreds, where they remain. Refund requests were so numerous that Valve had to add a special message to the game’s store page (the same page which would later be investigated by Britain’s Advertising Standards Authority). This game ended up being so profoundly toxic that the No Man’s Sky subreddit was temporarily shut down by the owner on the grounds that it was a “hate filled wasteland”.

No other title released in 2016 can touch No Man’s Sky for abject disappointment. An absolute disaster. 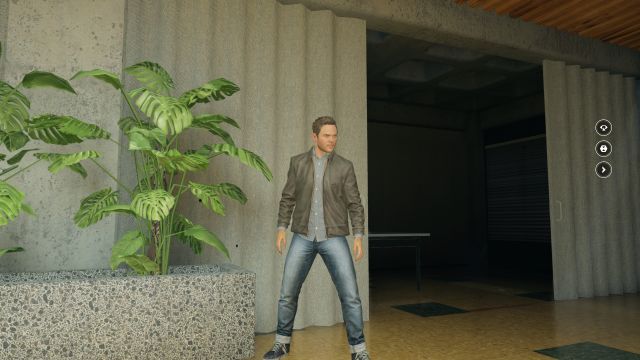 After No Man’s Sky, it’s tempting to view the technical problems exhibited by Remedy’s Windows 10 Store version of Quantum Break as almost quaint. They were, however, extensive. As a useful visual aide, here’s what happened when RedLetterMedia’s Rich Evans tried to play it on his (perfectly capable) PC. That sort of experience was not uncommon.

Remedy do know how to make high quality PC ports. Alan Wake proved this to be the case. The sorry state of the game at launch was probably down to two things: Microsoft’s sudden decision that they needed a PC version (restricting the amount of time Remedy could spend on it), and the Windows 10 ‘Universal Windows Platform’ (UWP) structure. Months after release, fairly straightforward features like Gsync support were still being added. You couldn’t even disable v-sync in the Windows 10 version of Quantum Break until a patch released in June. The game came out in early April.

It’s hard to say whether the UWP/DirectX 12 version of Quantum Break being so appalling led directly to a later Steam (DirectX 11) version being greenlit. That may have been part of the arrangement from the very beginning. Whatever the case, the Steam version managed to avoid the more catastrophic aspects of the game’s initial launch.

The Call of Duty: Infinite Warfare PC port was fine. At least, Tim said it was fine, and, like an idiot, I trust him not to spread terrible lies on our website. We didn’t test the Windows 10 Store version, so we don’t actually know how that one ran in comparison. This entry isn’t really about that, though. It’s about Activision’s bizarre decision to split players of the Windows 10 Store version of into their own little segregated multiplayer world.

Rather than figure out a way to make the Microsoft Store version play nicely with the Steamworks-driven multiplayer structure of Call of Duty: Infinite Warfare (or adopt a different approach), the publisher decided to let those players fight it out among themselves. All twelve of them. Thankfully, it seems like refunds were offered. 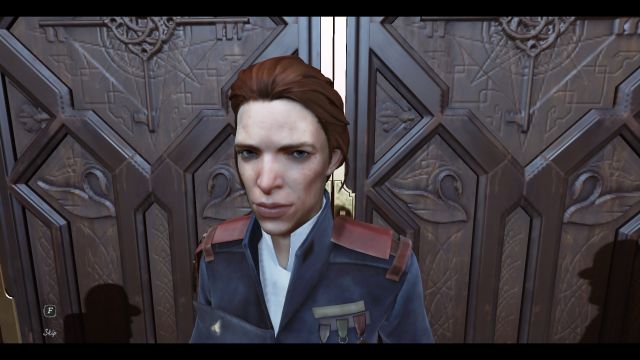 To be as fair as possible to Dishonored 2, it’s only been out a couple of weeks. That means there’s still time to reverse the launch day PC fuck-up-ery with patches. A pair of beta branch updates have already been released, and do seem to be moving matters in the right direction. They’ve also adding various PC menu options which look like they should have been in place at launch, suggesting that this version ought to have been delayed.

At launch (and still, to be honest), the game’s mish-mash ‘Void Engine’ (reportedly a heavily customised id Tech 5) had horrendous frame-pacing problems. Combined with its inability to hold 60fps on even the highest end graphics cards, and a mouse sensitivity that appeared to be linked to the frame-rate, playing Dishonored 2 was an instant trip to queasy-town. Even if you didn’t get motion sickness from the herk-a-jerk nature of the game, it still ran like one of those runaway freight containers that rattle their way through Dunwall’s upper tiers: erratically, and on fire.

Not to worry though, because Bethesda published some amazing technical advice for getting optimal performance. Incredible tips like “uh, I dunno, have you tried running it at 800×600?” and “you should get the latest graphics drivers for your card”. Disappointingly, they forgot to recommend turning the PC off and on again. That always fixes fucked up game engines for me.

Compounding this, Dishonored 2 was one of the first pair of games to fall within Bethesda’s new policy of withholding review copies from independent outlets until one day before release. The flagship title of this effort to suppress uncontaminated criticism turned out to be a game that required a gigantic warning sign for PC users at launch. Funny, that. 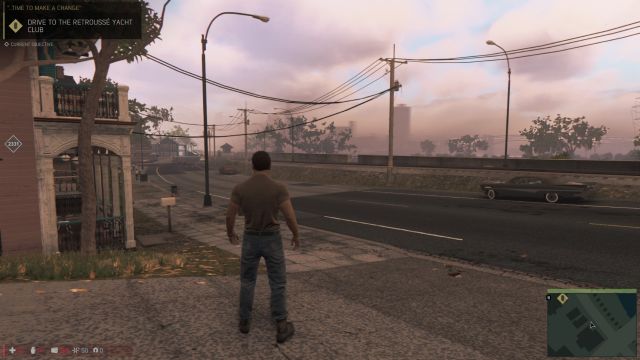 Generally, it’s best to get out ahead of bad news. Mafia 3 did not heed this lesson, and word of it being locked to 30fps on PC at launch emerged through people who’d got hold of the game early through VPN timezone shenanigans. Only then did Hanger 13 and publisher 2K spring into action, admitting that the game was indeed locked to 30fps, but that there would totally be a patch to unlock the frame-rate to 60 and above at a later date.

To their credit, yes there was. It appeared within 48 hours of the game launching, suggesting that the option almost made it in for release. The game’s overall technical performance also had clear indications of a team working right down to the wire. There were strange skybox issues, problems with the UI not aligning with higher resolutions, frame-rate issues across the board, settings not ‘sticking’ between restarts of the game, and the usual (slightly more forgivable) myriad of open world bugs and glitches to enjoy.

In short, Mafia 3 came in hotter than the merchandise in the back of Honest Uncle Vito’s van. 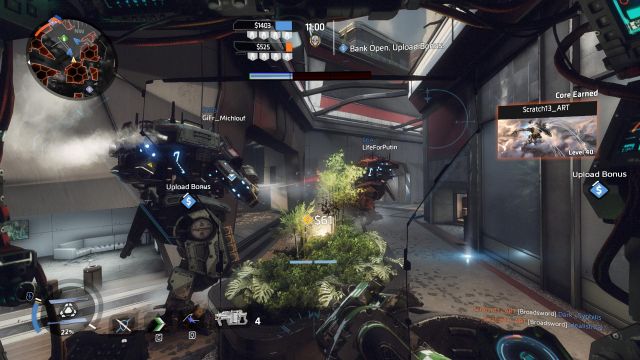 I don’t work in games publishing, so maybe I’m missing some fifth dimensional chess tactic here or something. But positioning Titanfall 2 right between the releases of multiplayer FPS juggernauts Battlefield 1 and Call of Duty: Infinite Warfare seems like a great way to avoid selling a lot of copies of Titanfall 2. Even more bizarre, Battlefield 1 is also published by EA. They cannibalised sales of their game with … one of their own games.

It’s a shame too, because by most accounts (including our own) Titanfall 2 is a terrific game with a surprisingly compelling single player campaign. Unfortunately, the near-immediate discounts that are being applied to the game tell you everything you need to know about how well it’s selling. No wonder Vince Zampella responded to a robotic EA publicist’s insistence that “we’re committed to the franchise” with an acidic “So, whatever the fuck that means.” 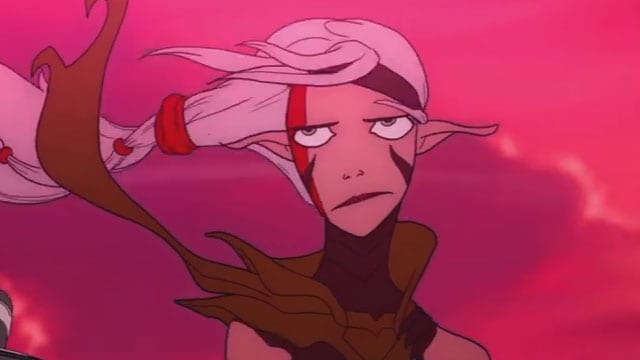 While we’re on the topic of release date woes, coming out against Overwatch certainly didn’t do Gearbox’s Battleborn any favours. Mind you, marketing it with buzzword salad like “FPS; hobby-grade coop campaign; genre-blended, multi-mode competitive e-sports; meta-growth, choice + epic Battleborn Heroes” didn’t do much for its prospects either. Nor did the cringe-worthy trailers for the game, which seemed to be aiming for some sort of arch-ironic Saturday Morning Cartoon demographic that didn’t exist.

Betas are basically promotional tools, but in Battleborn’s case being able to actually play the game seemed to turn off as many people as it attracted. Like No Man’s Sky, it’s currently being played on PC by numbers in the hundreds. Unlike No Man’s Sky, that player-base didn’t start off at the 200,000 mark.

Whether it was down to competition from Overwatch, lingering resentment at Randy Pitchford for his baffling defense of Gearbox’s behaviour with Aliens: Colonial Marines, poor marketing, a lacklustre game, or a combination of any and all these things; Battleborn’s launch got things badly wrong.

Poor Batman just can’t catch a break on PC. After everything that went wrong with Arkham Knight, he now has to suffer the indignities of being trapped inside Telltale’s increasingly ropey Telltale Tool engine. Despite (or perhaps as a result of) running in an ‘updated’ version of said engine, Batman’s opening episode was a dubious affair.

The serious failings of Telltale’s engine are a curiously under-reported phenomena, but as anybody who suffered through The Walking Dead’s saved games going AWOL, or attempted to even play The Wolf Among Us on an Xbox 360 will know, it has some major problems. There is zero excuse for performance issues on PC (it’s not like the graphics here are hugely demanding), yet Batman’s first episode struggled. In part because, for a while, it was defaulting to using integrated graphics rather than a discreet card. In part because Telltale’s engine is dreadful.

Tim’s review of episode one breaks down some of the other novel problems, like late sound effects, missing button prompts, and disappearing subtitles. Batman’s sins aren’t as egregious as some of the other titles in this piece, but they’re magnified by the fact that the scope of the game and Telltale’s (now) abundant resources should have been more than enough to ensure they didn’t occur in the first place.