The 35th anniversary of the ZX Spectrum passed by last weekend (23 April). While that isn’t a date every PC user will have noted in their calendars, I’ve been thinking about the direct lineage that can be traced from the Spectrum to some of the PC’s most popular contemporary genres.

I’m a little biased here. A ZX Spectrum 128K was my first proper home computer, and Your Sinclair is probably as responsible as anything for the questionable career choice to write about games. Many of these games came out on other 8-bit platforms too (relax, Commodore 64 fans). But as far as I’m concerned, there’s a pretty straight line from the Spectrum bedroom coder scene to the genre staples of 2017.

Thanks to emulation, it’s pretty easy to find Spectrum versions of many of the games mentioned here. Follow some of the links if you fancy giving them a go (but do keep in mind that they’re all 30 years old or more). 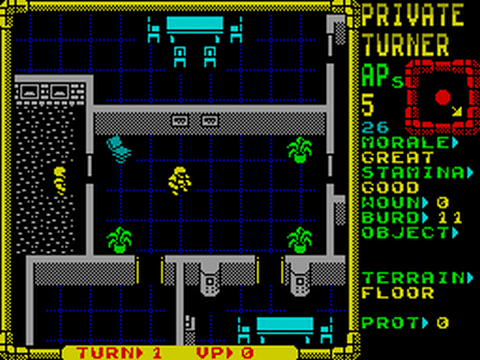 Without Julian Gollop, there is no X-Com (or UFO: Enemy Unknown if you’re from the UK). But even before he was pondering what would happen if you combined turn-based missions with grander geoscape strategy, Gollop was already codifying many of the familiar elements of the genre. Both Rebelstar and its expanded, spiritual follow-up Laser Squad put you in charge of a small team of soldiers with a mission to execute on a turn-based map.

Customisation (in the form of pre-mission ‘loadout’ choices in Laser Squad) was present, as were elements like destructible terrain, and an action points based movement system. Firing was structured around a tabletop-like ‘chance to hit’ system, modified by aspects like distance and terrain. You could set your soldiers to ‘opportunity fire’ (overwatch). In short, almost every foundational feature of a turn-based tactical PC title where you control a small squad was solidified across Gollop’s early games.

From original X-Com, to the Firaxis XCOM games, and series like Jagged Alliance, it all gets started with games like Laser Squad. Gollop, incidentally, is currently working on a new game called Phoenix Point. 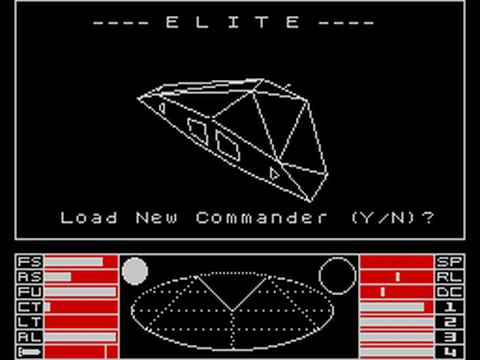 The primogenitor of all galaxy-filled space sims is, undoubtedly, Elite. Created in part as a reaction against home computer titles that were still using the language of the coin-op arcades (limited lives, high scores), many of Elite’s mechanics extended far beyond its star-striding adventures. The emphasis on trading to slowly improve your Cobra Mk III’s weaponry, defences, and cargo space has echoes in most RPG character progression. Its non-linear structure finds distant cousins in today’s open world games. Whether it strictly invented those things is debatable, but it popularised the structure with thousands of ZX Spectrum (and BBC Micro, and so on) users.

The familiar strands of open-universe space sims were all present in Elite. It familiarised a generation with trade, mining, and space dog-fighting against pirates. To this day, the structure holds up: look no further than Elite: Dangerous, which (though clearly iterating on the 30 year gap between titles in significant ways) effectively has the mechanics of the original Elite at its core. 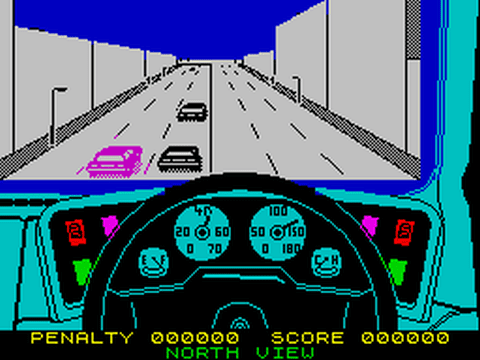 Not a genre associated primarily with the PC, but if you’ve ever enjoyed a game where you swerve around city corners at dangerous speeds (be that a pure driving title or one of the later Grand Theft Auto titles) then you owe at least a minor debt to Turbo Esprit. Durrell’s tale of chasing down narcotics dealers and armoured cars in your titular Lotus Esprit had plenty of features now associated with open world vehicular antics.

The game’s four 3D city layouts could be driven around as you pleased, with the idea being you would smartly cut off perps with your superior map knowledge. Everything looked extremely uniform in comparison with the vibrant cities of contemporary titles, but aspects like functioning traffic lights, wandering pedestrians, and multi-lane roads full of simple AI traffic gave them a certain amount of life. Games like Driver: San Francisco, Burnout Paradise, and the aforementioned 3D Grand Theft Autos all have at least a component or two under the hood that can be traced to Turbo Esprit. 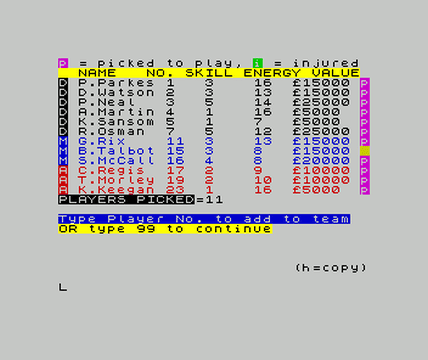 Yes, the ever-addictive pursuit of shuffling virtual hopefuls around a team sheet and sending them out to meet their fate began life on the ZX Spectrum. Oddly enough with a game called Football Manager (no direct relation to Sports Interactive’s current series). It was a pretty simple affair with a limited number of players, basic statistical ratings for each, and not a whole lot to speak of in terms of tactics. However, it did have a ‘match engine’ of a sort, showing edited highlights of your team’s exploits; establishing the proud tradition of yelling at your idiot striker for missing a chance a small child could have put away.

Other management titles didn’t always have match highlights; the Spectrum’s graphical limitations made it pretty hard to make them in any way convincing, so it was probably better left to the imagination. Games like The Double and Tracksuit Manager expanded on what Football Manager had started in 1982, adding now familiar features like injuries to players, greater scope with formations, player fitness, and morale. Thanks to the ZX Spectrum, spreadsheet-style management was provided the ingredients that would become the addictive stew of Championship Manager and beyond.