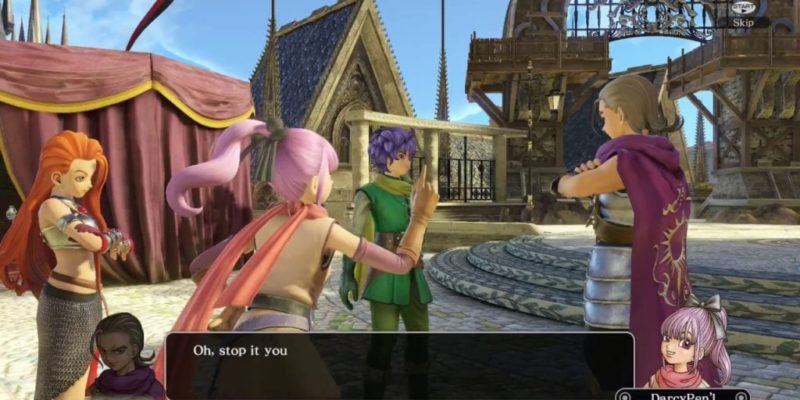 Dragon Quest Heroes 2 takes the Musou spin-off in a few new directions, while remaining as colourful and resolutely cheerful as ever. This sequel has a few more ‘open world’ areas, which you’ll see in the video, and a bit more depth to character development.

Watch me run around in the dunes to solve a side-quest, put some points into new boy Cesar’s skills, and then embark on the next stage of the story. You’ll see King Slimes and a boy who fires wolves at people. Plus lots of numbers popping out of hordes of monsters as they get struck with all manner of weaponry.

For a full run-down on how the port performs on PC (quirks and all), have a read of the PC Invasion Dragon Quest Heroes 2 Technical Review.

Dragon Quest Heroes 2 getting free quests and characters through May

Dragon Quest Heroes 2 gets a PC release in April