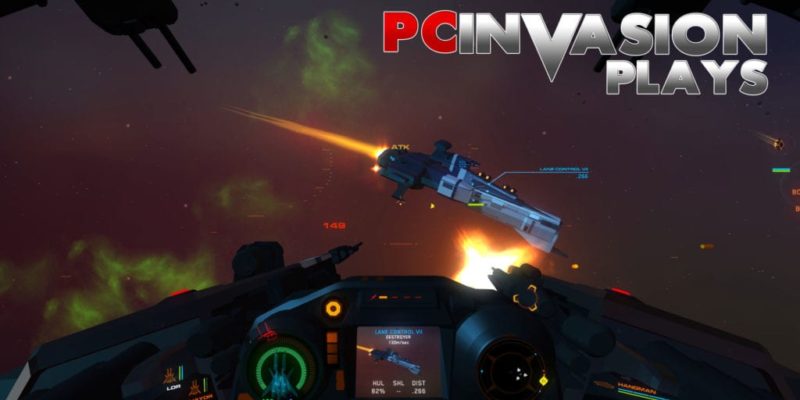 Today Marauder Interactive’s House of the Dying Sun launches into Early Access on Steam and we’ve had a sneak peek at the game ahead of its launch.

Previously called Enemy Starfighter, the name was recently changed, this game by Mike Tipul is promising something rather special for space sim fans. Not only are you thrown into a conflict to seek revenge but you will be commanding your fleet while in battle. You can also jump between ships which is a very cool feature.

Today we bring you two videos, some gameplay which was shot using a standard monitor and also gameplay that was shot while inside an HTC Vive. We were also using a Saitek X-52 for all this gameplay.

So far Vive games have been somewhat disappointing but there is hope for Vive users because the game looks cracking inside the Vive, everything is crystal clear, even the text on the menus and ship HUD. Mike has done a fantastic job with the VR support which is not surprising because he developed this game with VR support in mind.

Even if you don’t own a Vive, playing on a normal monitor is just as exciting and House of the Dying Sun is definitely a game to check out on Early Access later today when it launches.

Check out the two videos below where I die horribly and see what you think. The first video is playing on a standard monitor and the second with an HTC Vive.