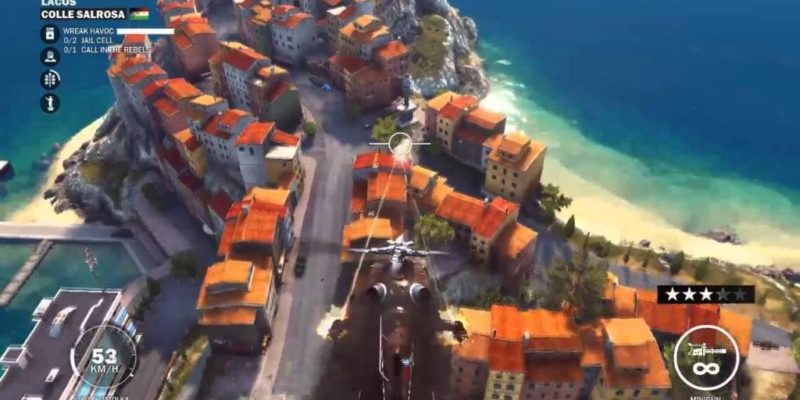 Over the last few days, I’ve been busy wreaking havoc across Just Cause 3, reducing its picturesque landscape to rubble and ashes. Why? Just ’cause.

I’m not allowed to actually tell you what I think about the game just yet, but you can have a look at a few early snippets of gameplay I captured. It’s un-narrated (because I’m fiddling with new video software) and it has a slightly arse bitrate (because I’m fiddling with new video software), but you should get a pretty good grasp of how the grappling, swooping, and exploding all plays out.

To put it into context, this is from a fairly early segment of the game. At the time of recording I’d freed pretty much the entirety of the game’s first region from General Di Ravello’s wicked grasp, with the exception of one town – the liberation of which forms the crux of this footage. I also take part in one of the game’s many side challenges (and fail miserably), blow up a bridge because physics is fun, do my bit to increase petrol prices, surf on a car, and nearly get killed by an explosion-propelled wheelie bin. All in the name of FREEDOM. And big explosions.

You can check out the video below. Just Cause 3 is due out on 1 December.