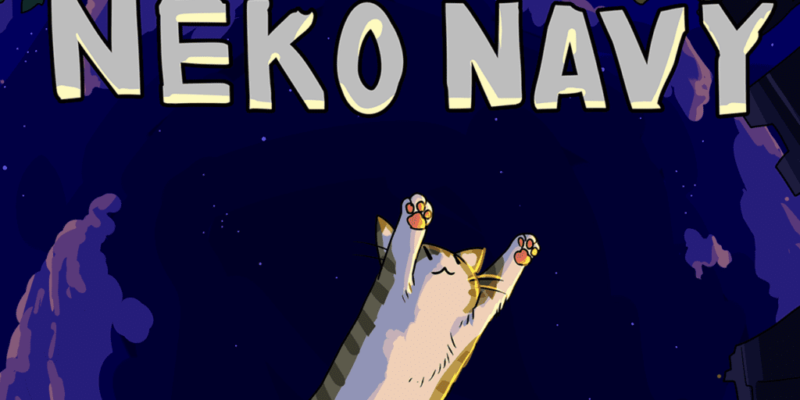 Released in the midst of the E3 madness, the Fruitbat Factory published Neko Navy is a game about cats with powerful weapons. Playing as one of three (initially, more can be unlocked) bold felines, it’s up to you to guide them through a side-scrolling shoot-em-up.

There are few additional wrinkles; blue cat tokens picked up from exploded foes power up the bomb meter. Unleashing a bomb destroys everything on screen and conveys some brief invulnerability. It also makes enemies drop cuboid tokens that boost your overall score.

Here’s a quick look at the first couple of stages. The aspect ratio can be stretched to 16:9, but I left it untouched for this recording. Neko Navy is on Steam and costs (at the moment) a little under $10.