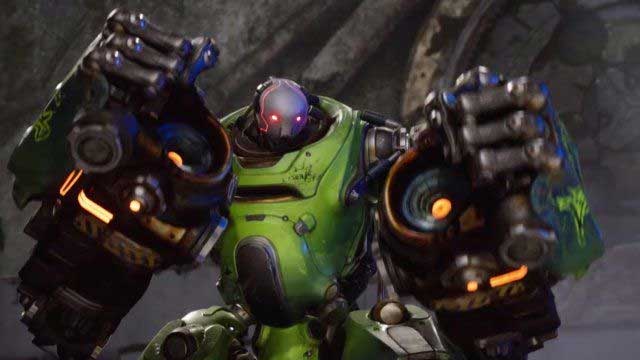 This week a new hero joined the Paragon roster and his name is Crunch. I’ve taken him into Agora to find out what he’s all about.

Crunch is a new melee character who simply punches stuff. His skills are all about punching with a basic punch, left punch, a sliding punch, an uppercut with stun, and then his Ultimate Re-Crunch which is a bit weird.

As I usually play Gadget, tackling a new melee hero is not easy and I really did get the deck all wrong. Attack speed appears to be important and due to the fact the AI was being a bit crap, the card points didn’t roll in fast enough to really see benefits of that. Near the end of the match, the build was getting to where I wanted it to be but by then it was too late.

Gadget is the character I usually play and in this game I see why. She was my nemesis in this game. Gotta love Gadget.

Hopefully, the next time we take a look at a new hero the Legacy map you see in this match will be gone and the new Monolith map will be in play. It’s at that point we’ll really see where Epic is taking the game.