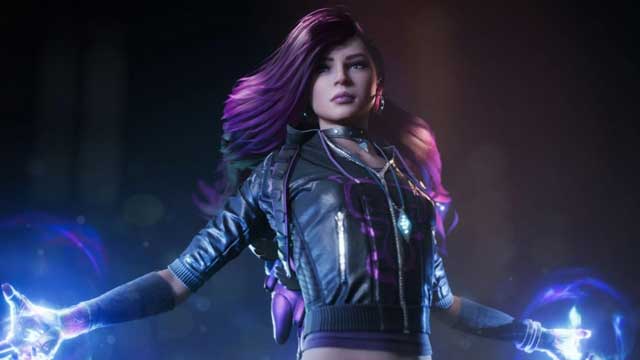 This week there’s a new patch on the Paragon servers with quite a few changes. This is the Age of Intellect update which also adds the new support hero called Phase. After a quick run around this afternoon, I took Phase for a spin.

Phase is the new support hero designed to help teammates and her skills are all geared toward that. She relies quite heavily on health regeneration because she can link with a teammate with the Telekinetic Link skill and transfer her health regen to that hero as long as they stay linked. The lInk also acts as a pull so when the skill is reactivated when already linked to a hero, the linked hero is pulled toward phase. It’s great for helping teammates get out of trouble, or even bring them closer to help. Get it wrong though and you could upset a lot of players wondering why they have been pulled.

Another particularly tasty skill is her Energy Lance which fires an energy stream at the target, which when stacked, can cause the target to be rooted. A stack of eight hits us required. If you play this hero and don’t end up with a load of assists then there’s something wrong.

Her ultimate’s effectiveness is hard to gauge at the moment but it gives a movement speed boost, increased attack speed, mana regen bonus, and cooldown reduction. If Phase is linked to a hero at the time the ultimate is activated, the linked hero also benefits from the ultimate’s buffs. Again, an example of how her skills are designed to support the rest of the team.

In this latest PC Invasion Plays Paragon video, I show all the skills in action and how they can be used in the heat of battle. She’s a worthy addition to the Paragon roster which needed another support hero. She will likely prove quite popular.